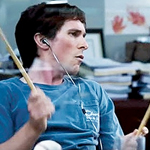 Based on the non-fiction book The Big Short: Inside the Doomsday Machine by Moneyball author Michael Lewis, the movie tells the stories of several small-timers and outsiders in the financial world who had the foresight to see that the housing market was built on fraud and was destined to collapse. They figured out a way to basically bet against the banks, who gladly accepted the offers because they believed their own lies. They thought these people were crazy and giving them free money. END_OF_DOCUMENT_TOKEN_TO_BE_REPLACED 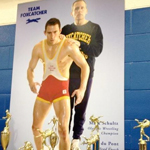 Steve Carrell plays du Pont and he makes him very odd. He leans his head back and leaves his mouth slightly open, like he’s watching you and is perpetually about to offer an observation. He wears a comically large fake nose and a nerdily tight Team Foxcatcher sweatshirt or windbreaker. Occasionally he has lines absurd enough to be in a Will Ferrell movie: “Don’t call me Mr. du Pont. My friends call me Golden Eagle, or just Eagle.” But whatever comedy may be inherent in the role, he’s intentionally un-milking it. This is his Serious Role, his Playing Against Type, his Robin Williams in ONE HOUR PHOTO. I mean, I’m sure it’s funnier than that magician movie he did, but it’s his most dramatic, not-going-for-laughs movie, and he’s successful at being creepy in it.
END_OF_DOCUMENT_TOKEN_TO_BE_REPLACED 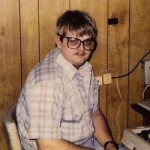 I wanted to say a few words about STEVE CARRELL IS… THE 40 YEAR OLD VIRGIN though because in my opinion this is a movie that could be a good influence on WEDDING CRASHERS and teach it how to grow up and become a man and contribute to society. END_OF_DOCUMENT_TOKEN_TO_BE_REPLACED