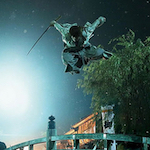 Admittedly he sounds a little dorky later when he angrily growls the villain’s name to show that he’s had it, but I forgive him. I appreciate that we don’t see that side of him very often. END_OF_DOCUMENT_TOKEN_TO_BE_REPLACED