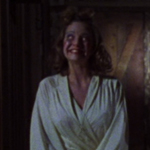 Welcome friends, to a new review series. Each year on Halloween I like to post a piece on an all-time classic horror movie, usually one that I’ve been intimidated to tackle because so much has already been said about it that it’s hard to find a fresh angle. A couple Halloweens ago I decided to tackle Sam Raimi’s 1981 low budget classic THE EVIL DEAD. And I was really proud of the appreciation I put together, but writing it got me so excited about Raimi that I got a little ambitious. I decided I should do a separate one on the even better EVIL DEAD II. But watching that again got me thinking about other early Raimi movies, so I held off posting to grow it into a mini-series. And then I decided fuck it, I should do every movie he’s directed, even ones I’ve already reviewed.

Initially the goal was to remind people of the joy of Raimi since, having not directed a movie since 2013, I feel he’s largely fallen out of discussion. Since I started writing these, though, he filmed a DOCTOR STRANGE sequel, and his SPIDER-MAN characters returned in SPIDER-MAN: NO WAY HOME. Hopefully we’ll be seeing other retrospectives that go beyond Marvel Comics, but I’m glad I took the time to get carried away revising, digging through old magazines and books, and making screengrabs to illustrate my points. I want this series to be closer to a college course than a “Sam Raimi Movies Ranked” slideshow. So please joooooiiiiinnnn usssssssss for the next few weeks in examining THE COMPLETE FILMS OF SAM RAIMI.

When you say “EVIL DEAD” to people now, they tend to think of cocky Bruce Campbell, funny Ash, “Shop smart, shop S-Mart,” “Hail to the king baby,” etc. But back in the early ‘80s – and now, if you can watch it in the right state of mind – Sam Raimi’s original THE EVIL DEAD was and is a real fuckin corker, a cinematic slap to the face (in a good way), a thrilling ordeal in 16 millimeters.

You know how it is: you and a group of your fellow young people decide for some reason to go on a road trip from Michigan to a dilapidated, isolated cabin you’re renting in some dreary woods in Tennessee. Your buddy finds a reel-to-reel in the basement and hits play, a professor reading from an ancient text conjures up the ol’ Kandarian demons, and before the end of the night all your friends’ eyes are turning white, their skin turning crackly grey and they cackle and levitate and contort themselves, jerking around like marionettes, all their joints making sounds like cracking knuckles, until you decide your only options are to lock them in the basement or chop them up with an ax. You try to stay calm, but what the fuck is up with this invisible force charging through the woods at you, knocking down trees and battering through windows and doors? Whenever we shift to its perspective our ear drums rattle with eerie drones, gurgly didjeridu moans and echoey, whispered taunts. END_OF_DOCUMENT_TOKEN_TO_BE_REPLACED