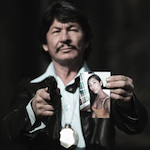 I first learned of the Robert Bronzi phenomenon in 2018 when I reviewed DEATH KISS. Writer/director/editor/cinematographer Rene Perez, who has been doing horror and fantasy b-movies since 2010, spotted him in a wild west stunt show in Spain and put him in a horror western called FROM HELL TO THE WILD WEST, followed by that DEATH WISH riff. Both DEATH KISS and CRY HAVOC take place today but make Bronzi look like the actual Charles Bronson, transported through time, mustache, clothes and attitude intact. A timeless, ageless, nameless spirit of vengeance. END_OF_DOCUMENT_TOKEN_TO_BE_REPLACED 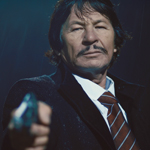