Part 3 might still be my favorite, with its comprehensive visual tribute to everything that looks cool in Tokyo and its charismatic lead performance by Lucas Black (plus Sonny Chiba bit part, Incredible Hulk car and stupid cameo at the end). I was surprised how much I liked that one and even more surprised how many people I know who have no interest in the series liked it too. END_OF_DOCUMENT_TOKEN_TO_BE_REPLACED 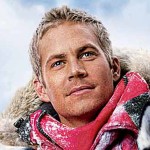 But there are two things that the trailer didn’t get across. One, that Paul Walker actually does a pretty good job playing this type of character. I was hoping that Clint’s FLAGS OF OUR FATHERS would be the movie that shows Walker is a little better than people thought, but his part in that one turned out to be minimal. Instead it was this one that makes you think huh, maybe he could play other types of characters. Hard to say. The second thing the trailer didn’t get across about RUNNING SCARED is that it’s a crazed, ridiculous movie where the day-glo hockey rink fits right in. And I guess the third thing is that Billy Crystal and Gregory Hines are not in this one, it’s Paul Walker. END_OF_DOCUMENT_TOKEN_TO_BE_REPLACED

Well, shit. I feel like an asshole giving a room-temperature review to my man Clint Eastwood’s long awaited WWII drama. Because Clint is the best. If there was some reason why the entire human race had to be destroyed except for one movie star, and I had to choose who it would be, I would choose Clint. I don’t care if he’s old, he’s the number one Badass Laureate of all time. He’d make a damn good last representative of our species, and he could still take on the vampires pretty good I think. But despite (and partly because of) my great respect for the man, I gotta be honest: I don’t consider this a great movie. END_OF_DOCUMENT_TOKEN_TO_BE_REPLACED

I know that probaly all of you have seen that first movie over a thousand times and have it memorized backwards, forwards and sideways, but in case there is one person out there who may not be familiar with the story, I want to help that one person out. In the first movie, Paul Walker is a new street racer in town who befriends Vin Diesel, who is the charismatic leader of a team of racers, but is also leading a gang of armed robbers or a chop shop or arms dealers or kidnappers or something. And a ways into the movie you find out that Paul is actually an undercover cop trying to bust Vin. But throughout the movie they have a special sort of male bonding – the type that happens between an undercover cop and his mark, or between two dudes obsessed with cars – so at the end Paul purposely lets Vin escape. END_OF_DOCUMENT_TOKEN_TO_BE_REPLACED 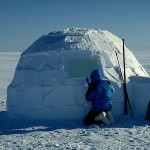 and then the poster would say, “Every Dog Has His Snow Day” or some stupid shit like that, and the dogs would be wearing sunglasses and possibly giving a thumbs up, if dogs had thumbs. END_OF_DOCUMENT_TOKEN_TO_BE_REPLACED 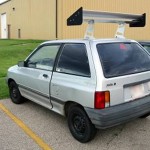 Then in the other group we have the commercial or “hack” filmatist who goes from one project to the next just looking for something that might be successful, or that seems cinematic, or that might capture that fuckin zeitgeist thing the germans are always so interested in. Some of these guys might even be decent at the directation of films but they just don’t put that strong of a personal stamp on them. For example you got your John Badham (Saturday Night Fever, Dracula [1979], Short Circuit, Point of No Return) or your Randal Kleiser (Boy in the Plastic Bubble, Grease, The Blue Lagoon, Big Top Pee-Wee, Honey I Blew Up the Kid). Occasionally they make a good picture like Saturday Night Fever but you still have no idea what these clowns are trying to do artistic-wise. They’re just doing a job, like plumbing or washing windows or passing out pizza coupons and gum samples on the street corner. They punch the clock and then they go home. END_OF_DOCUMENT_TOKEN_TO_BE_REPLACED