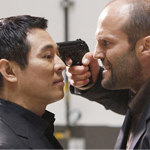 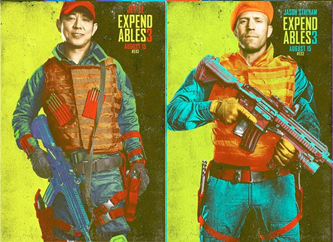 Wait a minute, there’s a movie that’s Jet Li vs. Jason Statham that I never bothered to watch? How can this happen? Well, I remember I was excited for it when it came out but then everybody said it sucked, and I’ve seen enough generic movies of this type (Statham vs. Snipes in CHAOS) to fear sitting through another boring, lifeless slog that wastes my favorite action stars. Fortunately I think I waited just the right amount of time because while I’d agree it isn’t a proper use of Jet Li that’s not really a crushing surprise anymore, and WAR is more watchable, more of a real movie than what I’d always pictured.
END_OF_DOCUMENT_TOKEN_TO_BE_REPLACED 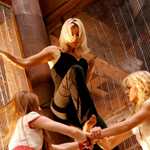 They’re wedded to this DOA title, though. They got the logo on parachutes, computers, signs, even a volleyball. That’s the kind of island we’re dealing with here, it has custom made non-tournament related sporting gear. These are professionals. END_OF_DOCUMENT_TOKEN_TO_BE_REPLACED

I know that probaly all of you have seen that first movie over a thousand times and have it memorized backwards, forwards and sideways, but in case there is one person out there who may not be familiar with the story, I want to help that one person out. In the first movie, Paul Walker is a new street racer in town who befriends Vin Diesel, who is the charismatic leader of a team of racers, but is also leading a gang of armed robbers or a chop shop or arms dealers or kidnappers or something. And a ways into the movie you find out that Paul is actually an undercover cop trying to bust Vin. But throughout the movie they have a special sort of male bonding – the type that happens between an undercover cop and his mark, or between two dudes obsessed with cars – so at the end Paul purposely lets Vin escape. END_OF_DOCUMENT_TOKEN_TO_BE_REPLACED