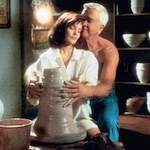 The Summer of 1991 was a big time for sequels, especially part 2s, so now I will attempt to write something about THE NAKED GUN 2 1/2: THE SMELL OF FEAR. The first sequel to 1988’s smash hit TV-spinoff-from-the-makers-of-AIRPLANE! NAKED GUN: FROM THE FILES OF POLICE SQUAD! is another irreverent overload of tongue-in-cheek cop drama silliness where there’s no reason to take anything about the plot (police try to foil a scheme by big oil to replace a scientist pushing a solar energy plan) seriously, and nobody wants to read me just listing some of the jokes that are funny (I like when Jane [Priscilla Presley, THE ADVENTURES OF FORD FAIRLANE] is singing “The Way We Were” to herself in the shower and the assassin creeping up on her [Anthony James, HIGH PLAINS DRIFTER] is moved to tears and starts to sing along). But maybe for this retrospective we can look at it as a time capsule of some of the things that were thought of and joked about at that period in time. END_OF_DOCUMENT_TOKEN_TO_BE_REPLACED