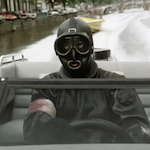 The outsized scumminess of Maas’ Amsterdam is established by the cab driver who picks up a prostitute after a long day of work, first harasses and then tries to rape her before dumping her off far from home. And after being victimized by him the diver finds her. END_OF_DOCUMENT_TOKEN_TO_BE_REPLACED