Vern goes mano a mano with Seagal and goes deep INTO THE SUN!!

Ahoy, squirts! Quint here, on the dawning of a new year with probably the most important story of 2004… That’s right… Our man Vern has an unhealthy addiction. Some like crack, some like weed, some like opium. Vern likes Steven Seagal. I don’t pretend to understand, just like I don’t pretend to understand ether addicts, but hey… someone’s gotta keep the love torch going for Seagal and Vern’s just the man to do it! I doubt I will ever willingly and knowingly watch another Seagal movie, but if I do this might very well be the one… Seagal singing? Seagal’s Angels? Released on my Birthday? Signs are lining up and if they click into place I will not be able to resist! Enjoy Vern’s man-love for Seagal! I know I did!!!

It’s been a while since I wrote anything for The Ain’t It Cool News. But the time has arrived. Once or twice, maybe three or four times a year, however often it is that Steven Seagal comes out with a new straight to video picture, it is my sworn duty to give you boys a holler. As you know I am one of North America’s leading Seagalogists, and I have found that your place is a good forum for sharing my initial findings as the new works are rolled out for study. END_OF_DOCUMENT_TOKEN_TO_BE_REPLACED 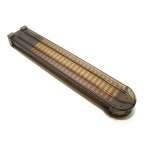 Before that “Mink” did this little DTV rapper vehicle FULL CLIP which puts Busta Rhymes into a very basic blaxploitation kind of story. That sounds pretty bad but this one actually has a decent pedigree for DTV, because it’s written by this guy Kantz who directed LOVE AND A BULLET, one of the more surprisingly watchable straight to video movies I’ve reviewed on here. END_OF_DOCUMENT_TOKEN_TO_BE_REPLACED