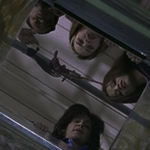 Mercedes Ruehl (LAST ACTION HERO) plays a pretty different version of Ms. Rawlins, who brings together her fellow widows of a heist gone wrong to finish a job their husbands had planned. She’s meaner and bossier than Viola Davis’ version, more of a mob wife. And she has the original name, Dolly. When she first encounters the other widows at the morgue she acts like they’re beneath her and has no interest in talking to them. When she later wants their help she still doesn’t really treat them as people she has something in common with. Ruehl is really good as a tough lady who eventually softens as she comes to see the others as cohorts instead of employees. END_OF_DOCUMENT_TOKEN_TO_BE_REPLACED 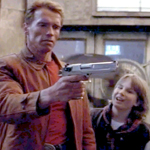 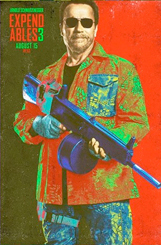 This is at least the third time I’ve watched and attempted to truly like this movie. That’s a strike out, so it’s time to sit on the bench and accept it as a kinda interesting, kinda terrible movie. Not as good as HUDSON HAWK but a bit of that same clever/awkward cocktail. Unique enough to keep coming back to, not good enough to be 100% sure it was worth it. END_OF_DOCUMENT_TOKEN_TO_BE_REPLACED