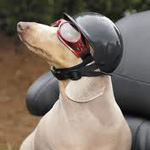 But now maybe they got the next horror visionary. A newcomer by the name of Neil Marshall, he wrote and edited a couple earlier movies and this is his debut as writer/director/editor/credit hog. END_OF_DOCUMENT_TOKEN_TO_BE_REPLACED