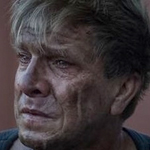 So far the results are inconclusive. I started with CHECK POINT, a film from this year, directed by Thomas J. Churchill (LAZARUS: APOCALYPSE). I chose it based on the following signs of b-action legitimacy in the cast: professional wrestler (Bill Goldberg), horror star (Kane Hodder), professional wrestler turned horror star (Tyler Mane), blaxploitation icon (Fred Williamson) and great character actor (William Forsythe). The lead turns out to be Kenny Johnson, who I assumed was also a wrestler because in close-up he looks kinda like present day Mickey Rourke, but in fact he’s an actor who I would’ve recognized if I watched The Shield or Sons of Anarchy. END_OF_DOCUMENT_TOKEN_TO_BE_REPLACED