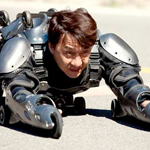 But 2012’s CHINESE ZODIAC just came out on video here, and he directed that one, they were making a big deal about it possibly being his last full-on action movie, so maybe it’s a good one to reacquaint us with why we love Jackie? END_OF_DOCUMENT_TOKEN_TO_BE_REPLACED