Vern sees LAST HOUSE ON THE LEFT (remake [not CHAOS])!

LAST HOUSE ON THE LEFT REMAKE

Well well well, what do we have here? Looks like a remake of a Wes Craven movie, already unofficially remade as a Demon Dave DeFalco movie, itself based on an Ingmar Bergman movie based on a 13th century ballad based on a legend of why a particular Swedish church was built. I’m not sure the modern moviegoer is concerned with the origin story of the Kärna church, so we gotta wonder what exactly the reason is for this remake. The answer, of course, is that the original movie was first called KRUG AND COMPANY, they didn’t call it LAST HOUSE ON THE LEFT until it had been traveling around for a while. They made it up after the fact, it didn’t really mean anything, so in the movie they never mentioned the location of the house. I saw the trailer for the remake where somebody’s driving down a road and says “it’s the last house on the left.” This is the reason to remake it, you can finally go back and establish that! END_OF_DOCUMENT_TOKEN_TO_BE_REPLACED 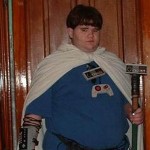 This is not the George C. Scott/Paul Schrader movie HARDCORE, this is the 2004 Greek movie HARDCORE that I only rented when I read that the director, Dennis Iliadis, was hired to do a remake of LAST HOUSE ON THE LEFT. So this is kind of a review and kind of a scouting mission.

This is the story of two teenage prostitutes, told from the POV of the less crazy one. They are in love but they are always fucking other people, especially the crazier one Nadia, who loves to manipulate rich older men to get what she wants out of life. Along the way there is some blood, some cocaine, some suicide, lots of depression, lots of disturbing passionless fucking and dildoing. END_OF_DOCUMENT_TOKEN_TO_BE_REPLACED