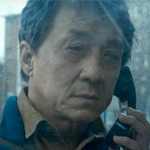 At the center of it is Deputy First Minister of Northern Ireland Liam Hennessy (Pierce Brosnan, FINAL SCORE). He’s a former IRA member and seems to be pretty fucked over by this incident because he’s built a reputation as a moderating force, but behind the scenes still has relationships and understandings with the IRA. This bombing was done by some young upstarts calling themselves “The Authentic IRA,” and there’s alot of pressure, including from police captain Richard Bromley (Ray Fearon, BEAUTY AND THE BEAST), to find out who’s responsible. If another bomb goes off it’ll be the end of his political career, so he spends most of the movie desperately asking around and trying to set up traps to out the culprits and stuff like that. END_OF_DOCUMENT_TOKEN_TO_BE_REPLACED