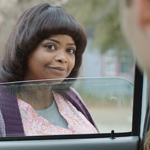 There are a couple obvious ways to play this. One would be to draw out the reveal of whether or not Ma is a psycho. I like that they immediately show her looking up the kids’ Facebook pages like a stalker. There are two other major escalations in craziness that happened so abruptly I got a big laugh and wished I’d seen this with an audience. The suspense is in how far she’s gonna take this. And there’s tension about things like “why is she so insistent that they not see the upstairs” and “will Maggie (Diana Silvers, BOOKSMART) be able to make her friends and her boyfriend Andy (Corey Fogelmanis, Girl Meets World) see that this lady is trouble?” END_OF_DOCUMENT_TOKEN_TO_BE_REPLACED