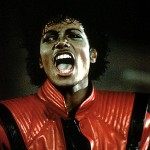 The trauma of that opening scene causes her to be mute and, the neighbors say, not quite right in the head. She is seeing a special doctor for her troubles but one day she misses the bus and gets picked up by a sleazy hipster asshole who takes her to dinner and hits on her. END_OF_DOCUMENT_TOKEN_TO_BE_REPLACED