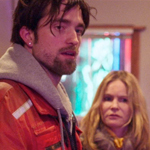 It’s a stylish epic of dirt-baggery – Meth Age Michael Mann. An intimate look at a shitty dude doing idiotic things with fevered lighting, gritty real locations, some raw non-professional actors and one of the most legit retro-synth scores I’ve heard, a Tangerine Dream-esque thing by an electronic artist Oneohtrix Point Never, which is a name that I totally understand and can say easily, on account of how young and with it I am. And just so you know I didn’t have to ask anybody what vaporwave was and if I had I totally would’ve understood what Wikipedia meant about it being “built upon the experimental and ironic tendencies of genres such as chillwave and hypnagogic pop.” END_OF_DOCUMENT_TOKEN_TO_BE_REPLACED