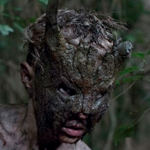 There are alot of characters here, established economically. The main kid is Sam, lookin like River Phoenix in STAND BY ME. He’s a perpetual underdog who keeps getting Charlie Browned. He seems to have some problems at home, but scoutmasters Kris and Baloo don’t cut him much slack. Kris maybe has some sympathy for his life as a foster child and some implied secret about his past, but Baloo clearly hates him and  blatantly picks on him. He’s always looking for infractions that will allow him to give Sam boot camp style punishments, even siccing his dog on him while he’s running laps. And the other kids either don’t like Sam or are easily swayed by Baloo’s cruelty, so they enjoy watching him suffer and give him shit too. Kris is the boss and if he comes across Baloo over-punishing him he’ll stop it, but otherwise he’s too ineffectual to do shit about it. END_OF_DOCUMENT_TOKEN_TO_BE_REPLACED