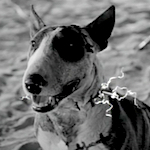 It’s a simple story. Barret Oliver (D.A.R.Y.L.) plays Victor Frankenstein, a normal suburban kid who enjoys making Super-8 monster movies with his dog Sparky. But one day while playing fetch, Sparky is run over by a car – off screen, in a beautifully crafted sequence of visual storytelling that ends with a baseball rolling to the curb and Victor rising to his feet in shock. END_OF_DOCUMENT_TOKEN_TO_BE_REPLACED 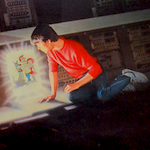