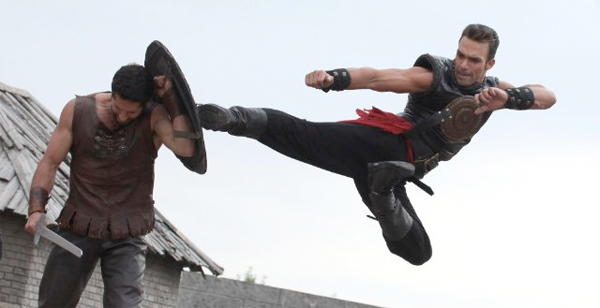 Hey guys, I got an email from Mike Leeder, a producer, casting director and bit player in numerous martial arts films (apparently he’s even an extra in ONCE UPON A TIME IN CHINA). He is co-producer of the upcoming JCVD film POUND OF FLESH, which co-stars the late Darren Shahlavi, and he’s trying to get the word out and squash some unfortunate rumors about how his friend died. So here he is:

On January 14th 2015, a very good friend British actor and martial arts hero Darren Shahlavi passed away, he left behind a legacy of work and great memories with so many people.

Unfortunately the tabloid press lead by scum like TMZ and sadly followed by various magazines, newspapers, websites and far too many “oh we know it all’ internet trolls implied it was by a drug overdose, and were happy to make unfounded statements that severely hurt his family, his friends and his memory.

Darren’s family recently received a Coroner’s report from the Los Angeles County Department of Coroner, and would like to share the results with his friends, colleagues and fans.

Darren died on January 14, 2015 of natural causes: a sudden and fatal heart attack. He was found to have Atherosclerosis (also known as arteriosclerotic vascular disease or ASVD) His left anterior descending artery was 95% blocked, which must have been worsening for several years.

Darren had no drugs or medications in his body, and only 0.02% BAC (Blood Alcohol Concentration); to put this into context 0.08% is the BAC Driving Limit for both he US & UK. There are no other medical factors linked to his death.

It seems unlikely that someone as fit as Darren – who was so dedicated to exercise and fitness and had such a healthy low fat/dairy diet – should have heart disease, but we have been told that a genetic predisposition resulted in the development of heart disease and is not uncommon in otherwise healthy young men, including athletes and other professional sportsmen and women*.

Evidence for Darren’s level of physical fitness at the time of his death can be seen in his recent work. Darren had just finished filming Pound of Flesh and Kickboxer: Vengeance, both with Jean-Claude Van Damme – not to mention Tomorrowland with George Clooney. He was, as far as physical fitness goes, at the top of his game.

Darren’s family are devastated that his underlying heart condition was never diagnosed to allow him the opportunity of treatment. Typically, Atherosclerosis begins in childhood, and Darren showed no apparent symptoms prior to death. Who would have thought that Darren who was regarded as very fit would die so suddenly as a result of this ‘silent killer’!

We have all been in shock for the past11 weeks with so many unanswered questions, but would now like to focus on the lessons that can be learned from Darren’s untimely death. We do feel that Darren would be the first to join us in sending warnings and advice to the friends and colleagues that he loved that regular health screening can save lives.

This is our message and we do hope that somehow positive publicity in Darren’s name can be made available to other young men and women, that may help them to take seriously the possibility that their body holds terrible secrets that can be revealed if they are tested routinely throughout life.

We hope that no other family has to go through the grief and pain that we are experiencing and that their loved ones get screening and subsequent treatment if necessary, that could prevent the tragic outcome that all who loved Darren are trying to come to terms with.

The Shahlavi family is raising funds to build a permanent memorial to Darren in Hollywood. More information at https://www.giveforward.com/…/1zf7/darren-shahlavi-memorial… 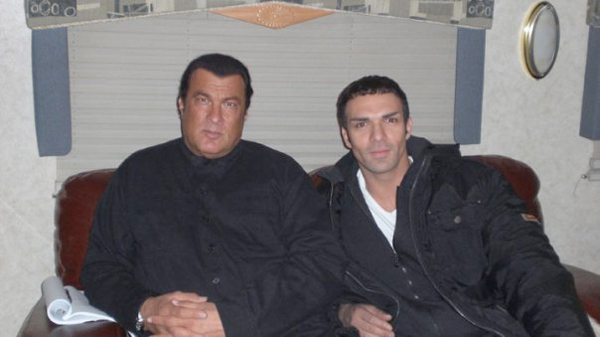 This entry was posted on Wednesday, April 29th, 2015 at 2:46 am and is filed under Blog Post (short for weblog). You can follow any responses to this entry through the RSS 2.0 feed. You can skip to the end and leave a response. Pinging is currently not allowed.