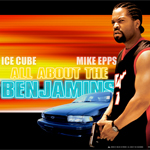 Even though you’re mad at me for liking the EVIL DEAD remake hopefully you’ll all be sticking around for a while, so let’s discuss some business. You might’ve noticed I changed some things on the sidebar and added a Paypal tip jar/donation box, as some of you suggested a long time ago. I am a proud man and haven’t begged for money before so I figured I should explain myself.

This is the latest episode in my struggle between hating crass commercialism and wanting to make outlawvern.com self sustaining. I’ve always been reluctant to put a bunch of ads on here. Google Ad Words or whatever are too invasive for my tastes, and I don’t have a big enough audience for getting real advertisers like The Ain’t It Cool News or somebody would. I tried Commission Junction, those ads I had for a year or two where I got to choose from a selection of sponsors (if they accepted me that is – I got dissed by Shout Factory!) and then had different deals for what happens if somebody buys through the link. Well, in all the time I had them up I made less than $25, and they don’t pay you until you get to $50.

The Amazon ads have been much more successful, but hardly enough to pay the bills. When I wrote about this stuff back when I first added those some of you said you’d rather support me directly through a Paypal link than have to buy something to give me a small percentage. I felt a little weird about it and also worried about anonymity issues, but I later found out how to set up a business account which (I think) keeps things private. (Thanks to Franchise Fred for helping me test that out a while back.)

I’ve never made much money from my writing, and haven’t tried as hard as I could. I’ve always chosen writing what and how I want to over trying to get paid. But this means I do my real job (this) between shifts of a low-paying full time job, and I never have the time to do as much as I want to. Plus, my day job has a shelf life on it and when the expiration date hits I don’t want to find myself scrounging for some other shitty job when I know this is what I really should be doing. As I have always said, “I Am A Writer,” and as Eminem has always said, “if you only have one shot, something something something, lose yourself.” I gotta know I at least tried to go pro.

With that in mind I decided to dump all the ads other than Amazon and streamline the sidebar to explain some easy ways you can support me and outlawvern.com if you want to. I’m not trying to guilt anybody and I don’t want you to feel obligated to do anything besides read my reviews for free. That’s how the internet works and that’s why it’s great. But I’m looking at it as a public radio type of model now. I’ll try to get support from the kind souls who are willing because if I can ever dedicate myself to it full time I’d have more reviews and projects and it would be great. I don’t want you to think it’s money grubbing. It’s a continuation of my Striving For Excellence ethos.

And don’t worry, I’m not gonna start having pledge drives. I have something better planned that I think you’ll actually enjoy.

I’ll have to be looking for other angles too, more freelance work and what not. If you have any suggestions for me let ’em rip. Also I’m working on some books, if hollywood is reading please have your wallets ready for movie rights.I am looking to close a deal on MARSUPERMAN as well, so don’t miss out on this once in a lifetime opportunity Hollywood.

This entry was posted on Wednesday, April 10th, 2013 at 10:20 pm and is filed under Blog Post (short for weblog). You can follow any responses to this entry through the RSS 2.0 feed. You can skip to the end and leave a response. Pinging is currently not allowed.

131 Responses to “Trying a new approach”