The Story of Ricky 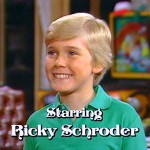 Long before PUNISHER: WAR ZONE there was THE STORY OF RICKY, another hilariously violent, ridiculous movie based on a comic book. This is a lower budget Hong Kong movie, though. Raw and scrappy, not stylized. So it’s even more ambiguous how serious or goofy it’s actually supposed to be. I like that.

The movie starts with John Carpenter-ish keyboards and a bus pulling up to a prison. Ricky is a new fish who sets off the metal detectors, not with a random titanium knee like Seagal in HALF PAST DEAD, but with 5 slugs he keeps in his chest as a souvenir. (What’s wrong with one of those smashed pennies?) You know the rule: 5 bullets in the chest = tough. Hell, 50 cent only had 3 and I think one of those was in the ass. 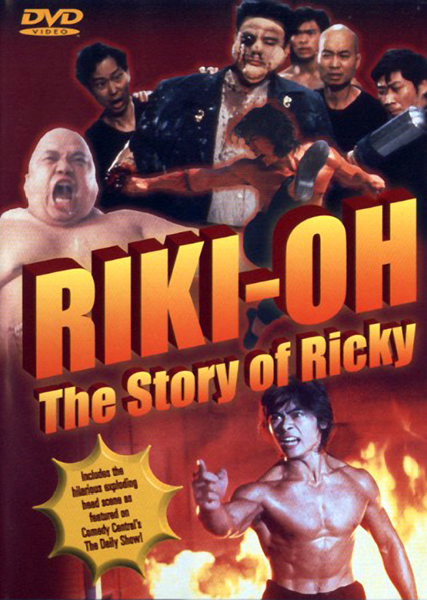 So the screws already hate Ricky. The villain in most of the movie is the assistant warden, in charge because the boss is on vacation in Hawaii. The assistant’s a fat slob with a fake eye that he keeps mints in. Or maybe they’re pills and he just calls them “mints” to be cute, but I prefer to think they are actual mints. That would be weirder. Also, they never say anything about this but I couldn’t help but notice the guy’s got a shelf full of VHS porn on the wall beside his desk. That shows you the kind of office they’re running here, because most places you’d have to stash that shit. Just ask Clarence Thomas. This guy keeps the collection proudly on display like it’s his Assistant Warden of the Year trophies.

So this fat, one-eyed, fresh-breathed, unashamed chronic masturbator has it in for Ricky, and so do the “Gang of Four” who control the prison. They’re some super-powered dudes who seem to just pop out of the sewer every once in a while to attack him. The gang bosses set up Ricky to have to fight various cartoonish enemies such as a giant fat guy who they think will eat him. But Ricky (we learn through flashbacks) is highly trained in martial arts and breath control that makes him super-powered. So when the fat guy comes at him Ricky tears open that giant belly like it’s a pinata. Please note: guts pour out instead of candy. Not as fun for children.

The main strength of this movie is the endless supply of absurd mutilation. He crushes a guy’s jaw like it’s made of Doritos. He gets his arm cut, but re-ties the ligament in a way that makes him punch harder. His enemies are powerful too – one causes a guy’s head to explode by clapping on it. Another guy, defeated honorably by Ricky, cuts his belly open as if doing seppuku, then uses his own intestines to try to strangle Ricky. Now that’s a good move. You don’t see that in UFC.

Even when he’s not punching people into mush, Ricky keeps pulling these Hercules moves. When a guy is tied to a huge cross he doesn’t climb up to untie him, he lifts the entire thing out of the ground and carefully lays it down on the ground. At the end (spoiler) he escapes from the prison, not by spending months digging a tunnel with a spoon or something, but by just punching the wall and knocking out a hole the size of a house. Shit, shoulda thought of that before, could’ve saved a few lives.

Ricky also has a poetic soul. He plays a recorder (called a trumpet in the subtitles) and that seems like your classic badass juxtaposition. A musical instrument always represents a soft spot somewhere beneath the leathery, callused exterior. But then there’s a flashback to before he was in prison and the guy is out in a field wearing a white and yellow ensemble. And in that context you start to realize he’s got this long willowy hair, young face, smooth features… he’s a god damn pretty boy! Clean off the blood and put him in his regular clothes and you don’t need any juxtaposition, the guy could be on the cover of Tiger Beat.

Anyway, that’s Ricky. Quite a story.

This entry was posted on Sunday, April 12th, 2009 at 7:16 pm and is filed under Action, Comic strips/Super heroes, Martial Arts, Reviews. You can follow any responses to this entry through the RSS 2.0 feed. You can skip to the end and leave a response. Pinging is currently not allowed.

5 Responses to “The Story of Ricky”