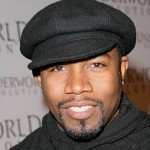 The original got a brief theatrical release, the sequel was straight-to-video. Maybe they could’ve gotten Wesley Snipes to return, since he’s stuck in straight-to-video lately. Instead it stars Michael Jai White – you know, the guy who was cut out of KILL BILL who everybody on the internet thought should’ve replaced Wesley in BLADE: THE SERIES. So that’s cool. Except Wesley’s character is not mentioned – White is playing Ving Rhames’s villain character George “The Iceman” Chambers.

By the way I should also point out that the subtitle on this one is unneccessary and happens to be the title of another Walter Hill film, which is weird. I hope next they’ll do LAST MAN STANDING II: UNDISPUTED starring Lance Henriksen as Christopher Walken’s character from part 1.

Anyway the premise on this one is that Iceman and his sleazy manager are in Russia filming a vodka commercial, because that’s about all they got left. But some dudes attack Iceman in his hotel room and plant a huge bag of cocaine in his Bible. And another huge bag of cocaine elsewhere in his room. Man, they are willing to go all out on this framing. You would think one small bag of coke would do it, but they didn’t want to take any chances I guess.

The reason for the setup of course is that this prison in Siberia has an underground fighting circuit which is very profitable for the dude who shows it closed-circuit at his bar and takes bets on it. They have a champion named Boyka (Scott Adkins) who’s in desperate need of a worthy opponent.

At first it’s kind of weird, because Iceman was the villain in UNDISPUTED. He was an asshole, and maybe a rapist. He hasn’t changed much, being shown to be a total primadona in his commercial and a prick to his manager and everyone else he has to work with. When he goes to the prison you want to root for him because he’s been set up and because he’s this tough African-American alone in a prison of all white Russian dudes, but you feel kind of weird about it because the guy has not earned your sympathy. Boyka seems like an asshole too, and he does one cruel thing to his cutman, but he’s not necessarily any worse than Iceman.

But as the movie goes on the Iceman does have a certain charm to him, because he’s just so grouchy and so determined not to take any shit. Just about any time somebody says something to him he grimaces and tells them to fuck off. Even when his cellmate tries to give him a tip he chews him out. He doesn’t want to be their pitbull so at first he refuses to fight Boyka in the ring.

Since it’s Russia it’s supposed to be extra-corrupt so the fighting doesn’t have to be secret, and the punishments are extra cruel. He gets a job not doing laundry, not pressing license plates, not telemarketing, but literally shoveling shit. Every day.

Late in the movie there’s a turning point where he gets punished by being hung on a cross out in the snow. Some of the other inmates come up to him and he tries to tell them to fuck off. But then they generously put their own scarves and hats on him to shield him from the cold. Then when the warden tries to find out who did it they pull an “I am Spartacus.” This gesture warms his Iceman heart like Ebenezer Scrooge and he starts being less of an asshole after that. And he becomes more sympathetic.

White is a good fighter, he showed his skills not only in that KILL BILL deleted scene but in EXIT WOUNDS, where he fought Steven Seagal using the blades from paper cutters as swords. I think he played Mike Tyson in a TV movie too, so he knows how to box. This one brings him into the world of mixed-martial arts, so an ex-commando (ironically without the use of his legs) teaches him some kicks and holds. Strangely he already knows how to kick though, judging from some of the brawls he gets in outside of the ring. For example right when he gets to the joint he beats up about six or eight screws because he’s mad that the shower water is cold.

I’m not much of a fan of the shirtless-musclemen-in-the-ring type of fighting, but for what this is it’s very well done. The hits always seem thunderous, almost super-powered. The Scott Adkins guy does all kinds of ridiculous spin kicks and he has some good gags outside of the ring like when he throws a hissy fit and kicks a weight stand, sending a bunch of barbells flying.

The director is called Isaac Florentine, a guy who started out directing POWER RANGERS episodes, later did the Dolph Lundgren picture BRIDGE OF DRAGONS, and did an upcoming Van Damme movie called THE SHEPHERD: BORDER PATROL. I can’t believe I’m saying this but I think he did a better job with this material than the great Walter Hill did. Although this has many earmarks of DTV, it seems less DTV than the first one. The camera movements and editing are very energetic without being spastic or confusing. There are lots of dramatic zooms in to faces at the right badass moments. Most importantly it just has a better story, with more of a build to a climax. There are also a couple interesting twists like when it turns out the people who poisoned Iceman during a match did it without telling Boyka. He gets really mad and points to his mural of Egyptian fighters, martial artists, and Mohammed Ali. It turns out he’s actually kind of honorable. I also like the way Iceman is gonna kick his junkie cellmate’s ass for giving him the poisoned water, but as soon as he sees something happened to him he seems to forgive him.

If you haven’t seen part 1 don’t worry about it, part 2 would still make sense. If there was anything that you needed to remember from the first one I must’ve forgot it because I didn’t pick up on it. I did notice that the ring announcer was lying when he said Iceman had never been defeated – Wesley Snipes kicked his ass in part 1. What, only his pro record and Russian prison boxing count, not American prison boxing? That doesn’t seem very consistent.

Some people probaly won’t agree with me on this, but I have made my judgment. I believe UNDISPUTED II: LAST MAN STANDING is a landmark: the first ever DTV sequel that is better than its theatrical predecessor. If you know of another one let me know but I’m pretty sure this is the first one.

And although UNDISPUTED isn’t very good, it’s a tall order to beat it without the power of Snipes, Rhames, Peter Falk or even Ed Lover. The acting here is obviously not even close to as good, but it is kind of fun to watch White try to talk kind of like Ving Rhames. And he does some moves that actually made me think maybe those people weren’t wrong about him playing Blade.

UNDISPUTED II is definitely in the higher echelon of DTV movies, and it gives me hope for the future.

DTV DTV sequels DTV sequels better than theatrical originals Isaac Florentine J.J. Perry Michael Jai White Scott Adkins
This entry was posted on Wednesday, February 20th, 2008 at 11:05 am and is filed under Action, Crime, Drama, Reviews, Sport. You can follow any responses to this entry through the RSS 2.0 feed. You can skip to the end and leave a response. Pinging is currently not allowed.