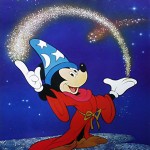 So there they are, in a couple of fucked up trucks, rolling over craggy roads, along the edges of cliffs, through swamps and across the shakiest bridges you’ve ever seen. And who better to lead the charge than Roy Scheider*? I think he’s the right man for the job, and if you disagree I think you will change your mind pretty quick when you watch the movie. In one harrowing scene they come to a broken rope bridge in the middle of a storm. It seems logical to give up at this point, but Roy refuses. He has his partner crawl across the bridge guiding him inch by inch all the way across. It’s a terrifying ordeal that seems to take forever and then the second they’re safely across the movie cuts to the other truck getting to the bridge and having to do the same damn thing. No time to catch your breath.

[*actually there’s one person that might’ve been better, that’s Steve McQueen, who almost starred in the movie. But he was having trouble with his marriage to Ali Macgraw and wanted Friedkin to make her a producer so she could be on location with him, Friedkin said no and the rest is Scheidermania. That’s too bad but just try to forget I told you that and appreciate that Scheider was a good second choice)

Another great scene has them come to a redwood sized tree in the road, and Roy still can’t give up. He flips out, gets his machete and starts whacking, ranting about carving a path around the tree, how he’ll only have to cut down 8 other trees. The other guys just look at him like they feel sorry for him. We always liked Roy Scheider’s damn fool mind, too bad he lost it. But one of these guys was a bomber in Jerusalem. Not one of the more admirable trades, in my opinion, but one that comes in handy for this particular situation. He’s examining the tree and he says, “I think I can do it.” And then you get to see him try.

Friedkin’s filmatism is smokin in this one. More of that confidence to tell a story the way he wants to instead of the way you expect. The beginning of the movie introduces each of the characters at the tail ends of their criminal endeavors. It doesn’t coddle you with context or explaining that these characters will connect later. It skips between four different countries. And it takes its sweet time. But then when it finally does cut to the next scene it’s WHOOMF, right into the action. Good editing.

It’s a remake of WAGES OF FEAR and maybe that’s why it doesn’t feel like an American movie. I haven’t seen the original but from what I gather the only huge departure here is that sorcerer that comes out at the end and starts shooting magical wizard rays at everybody. That was a little airbrushed-on-the-side-of-a-van for my tastes, but– nah, I’m just fuckin with you, there’s no sorcerer in the movie at all. Supposed to be some kind of a metaphor. Oh well, even a sorcerer knows you win some, you lose some.

An artsy fartsy idea that does pay off is getting The Tangerine Dreams to do the score. It doesn’t pop up much but when it does it’s John Carpentery, a little Gobliny, adds to the drive of the journey.

This is kind of a sad turning point in Friedkin’s filmography because it was after THE EXORCIST and THE FRENCH CONNECTION but then it went over budget, his behavior on set pissed people off and it was a huge flop competing against STAR WARS. It didn’t totally Cimino his career, but it took away his right to do whatever the fuck he wants with his movies. It wasted his get out of jail free card. Still, looking back now I don’t think there’s much doubt that it’s one of his best.

remakes Roy Scheider Tangerine Dream William Friedkin
This entry was posted on Thursday, December 27th, 2007 at 1:49 pm and is filed under Reviews, Thriller. You can follow any responses to this entry through the RSS 2.0 feed. You can leave a response, or trackback from your own site.