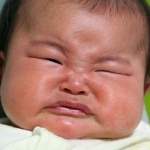 You see, there’s this small town in Thailand somewhere (possibly called Ong-Bak, unless that is only the name of the buddha statue there, but the subtitles led me to believe it was the name of both). Anyway, there’s a young man there named Ting (played by Tony Jaa) who is working hard to prove himself as a master of Muay Thai Kickboxing, or Thai Fist. That’s quite enough bullshit for a young man to have on his mind but then some other asshole has to sneak in and cut off the head of their buddha statue so he can sell it. All the old ladies start crying that the town is not protected anymore so before you know it this little old country boy is headed for big bad Bangkok to get the shit back.

He teams up with Dirty Balls, a smalltime fuckup he thinks he knows from back in the day. This guy is a likable doofus who looks a little too old to be wearing hoop earrings and camoflauge pants, but what can you do. Also some teenage girl who rides motorcycles and cheats at cards, has a junkie sister, etc. I’m not sure what she contributes to the team other than scenes where people die, she cries and screams out how upset she is. Anyway they track the asshole with the head, get in some fights and chases and all that kind of business. There is this club that is kind of like a cross between Coyote Ugly and Fight Club. The sexy bartenders are all dancing and smiling and everybody’s enjoying themselves, but right in the middle of the floor there are brutal kickboxing matches going on and everybody’s betting on it. Of course, Ting accidentally gets involved and knocks out the champion with a single blow. (Bitch.)

I don’t want to say more because I don’t want to give away the story. It would be a shame not to be able to go into this thing fresh, because the real delight is in all the sly narrative twists and turns and– No, I’m just jerkin your chain. There’s nothing to give away. The story is just an excuse to string together a series of badass fight scenes and stunt sequences. And that’s a good thing.

I mean when was the last time you saw a really impressive FIGHT movie? Where the plot and characters were about as imaginative as a drive to work, but nobody ever cared because the fights were so god damned great? Bruce Lee mastered these movies, Sonny Chiba made some, Jet Li and Jackie Chan used to make them all the time. Did you really care if Jackie caught the bad guys in Rumble in the Bronx, or did you just want to see him jumping through shopping carts and pinball machines and swinging around pool cues and shit? That’s right the answer is B. This is that type of movie, although I also gotta say that it is a tiny bit less cheesy, the bad guys are a little less corny (except for a couple of those token english speaking kiwi cheeseballs), and thankfully it is not shot in Vancouver. It’s slicker. A little bit. But not in a bad way.

But that’s irrelevant. What matters is the fights, and these are real good ones. This is a style of fighting I have not seen in movies before. We’ve all gotten used to people dancing around on wires and doing all that flying kung fu shit, and sure that stuff is enjoyable when they do it right. This is the exact opposite though. There are no wires and no computers. This stuff is not elegant. This stuff is hard. It’s all about quick, powerful, jerking movements. If kung fu is like swinging a sword, this is like swinging a sledge hammer. It just looks painful. Sure, there’s a lot of flipping and jumping, but there’s no flitting around trying to be quiet and nimble. This stuff is about WHAM and WHACK. It’s blunt. They use their elbows and their knees. One of the fights is ended when Ting stands on a guy’s shoulders and smashes his skull open with an elbow. Ouch.

There’s a couple broken bones and windows, so Seagal would be proud.

In between the fights there’s a little bit of plot, and in between the plot there are chases. One of them involves about 15 or 20 three-wheeled taxis. Because of their inferior design, almost all of them flip over immediately. Others end up driving off one of those pesky unfinished freeway overpass motherfuckers always leave open to traffic in the movies. I’m not a libelous person but man there ought to be a major class action lawsuit going on here in my opinion.

Maybe the best scene in the whole movie though is early on when a bunch of angry thugs chase Ting through an outdoor market. This is just an excuse for him to jump over and through things, sometimes doing the splits, other times curling himself into a ball or an arrow or some other flying object. He jumps over a crowd of kids, a rack of sharp objects, a pan of frying chicken. He somersaults on top of roofs and slides under SUVS and best of all leaps through a roll of barbed wire. And as far as you can tell, he really did that shit. (Though he doesn’t rewind it and announce that, like Dolemite did in The Human Tornado.) It’s the kind of rush you used to get from Jackie Chan movies before Hollywood fucked Jackie’s brain with its evil alien genitalia and impregnated his brain with the filthy seed of mediocrity and laziness. Bastards.

I’m not saying that the other styles of martial arts movies are no longer valid. But I think most of us agree that the genre is becoming stale, with too much emphasis on special effects and pretty boy pop stars, and not enough on good old fashioned elbow grease and jawdropping physical feats. This is a good step in the other direction so hooray for Tony Jaa and the people of Thailand.

Prachya Pinkaew Thai action Tony Jaa
This entry was posted on Sunday, August 15th, 2004 at 1:58 am and is filed under Action, Martial Arts, Reviews. You can follow any responses to this entry through the RSS 2.0 feed. You can skip to the end and leave a response. Pinging is currently not allowed.