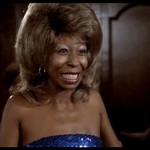 I just looked a few columns back, and I was complaining about how ludicrous it is that, with all the blood on the hands of the Bush administration (and let’s be honest, it’s not just on the hands anymore, these fuckers are dipped head to toe like the dance club vampires at the beginning of BLADE), that the media matrix would really try to convince us that we should set that all aside, get over it, and focus our outrage on JANET JACKSON’S NAKED TITTY and THE NIGHTMARISH HORROR OF TWO MEN WHO LOVE EACH OTHER HOLDING HANDS.

Now here we are a couple months later and this time – sound the alarms! Run for the hills! Battle stations everybody! It’s WHOOPI GOLDBERG MADE A PUSSY JOKE and TWO MEN WHO LOVE EACH OTHER ARE STILL HOLDING HANDS AND UNLESS WE CHANGE THE CONSTITUTION TO MAKE THIS ILLEGAL THEY’RE GONNA MAKE IT TO SECOND BASE.

This is amazing, but I saw a show on Fox News called “The Beltway Boys” which is sort of a “jamie kennedy experiment” or “tv’s bloopers” type of show where these two old men (or “boyz”) try to fake you out and make you think that Bush is doing a good job. And they did one of those deals where they show an arrow pointing up or down to say whose stock is rising and whose is falling. For example, if you are George Bush, you always get an arrow pointing up. If you are John Kerry, I’m just going out on a limb, but I’m guessing they’ll probaly pick down. That’s how the gag works.

Well for this one, the joke was that Bush gets an arrow pointing up because the Congressional Intelligence Committee report that had just came out had exonerated Bush of all charges that he manipulated the data. Of course, this is not even remotely close to being true. Because as the boyz know, the partisan republicants forced the actual caring americans to compromise and not even investigate that issue until after the election. It was deliberately and openly decided to NOT look into that question at all yet, but if you’re a Beltway Boy you’re still allowed to pretend that not only was it investigated, but that Bush was proven completely innocent, so innocent that an arrow floating next to a picture of him was pointing up to represent his innocence rising like death tolls and gas prices.

So the next one was Whoopi Goldberg, with an arrow pointing down. If you don’t watch the fake news, what’s going on is Kerry and Edwards had a fundraiser last week with a bunch of b-list celebrities playing songs and telling jokes. Apparently Whoopi Goldberg came up at some point and made a joke involving that hilarious pun about Bush – as in that goofy dude who lives at the White House – and bush, as in Revenge of the Nerds “we have bush,” as in that part on a woman that unfortunately they always shave off in porn these days. (What’s up with that, anyway? What way does the arrow point on that, Beltway Boyz?)

So now all the republicants on TV are pretending to be shocked – SHOCKED, I tell you – AWED in fact – at this outrage. Whoopi Goldberg – the worst of the Oscar hosts, the middle square, the jumpin jack flash, Whoopi fuckin Goldberg – she called BUSH a PUBIC AREA.

MY GOD, WHAT HAVE WE COME TO? One of our dearest, most beloved cultural icons, Oscar winner for best supporting actress for the timeless 1991 Patrick Swayze milestone Ghost, has deliberately uncovered the dark secret we have worked so hard to shield from our children’s delicate, virgin, MPAA protected eyes. Yes, it is true. Bush is a pun. Bush + Dick = we’re fucked. Our leaders are named Bush, Dick and Colin. etc. etc. Soon Howie Mandel will reveal the sexual technique that Condoleeza sort of sounds like, and our children will be, you know, Bush + Dicked. It will all be over. How DARE John Kerry ALLOW Whoopi Goldberg to do this? And he has the NERVE to complain about the war and the ass pyramids and Halliburton and etc.? When all the while WHOOPI is doing THIS? Why, I never!

Now the first obvious flaw in this pathetic attempt at stirring up a fake controversy, is the very premise of there being a down pointing arrow associated with Whoopi Goldberg. So you boyz are telling me that 1. you considered Whoopi Goldberg to have an up pointing arrow, or at least a level, sideways type arrow, before this? and 2. knowing that, I’m supposed to consider you a credible source?

Let me show you boys something. You are probaly too out of touch to know about the imdb so I’m not going to bother pointing you there. But if you understood these fancy computer machines you’d be able to look there and get Whoopi’s complete filmography. Let me just show you what she’s done in, say, the last fucking decade:

So remind me again, WHEN was her arrow not pointing down? If you had to pick a favorite from these, which would it be? Monkeybone, maybe? The one about the farting monkey, and she plays the angel of death? Or maybe Theodore Rex, starring a young Denise Richards and a wacky dinosaur? Don’t say Magical Legend of the Leprechauns. That was a TV movie about leprechauns, you’re thinking of Leprechaun 4: In Space. She wasn’t in that. I bet your favorite is Mother Goose: A Rappin’ and Rhymin’ Special. That one sounds pretty beltway.

Okay, so I’m sure we all agree that the Beltway Boyz have no credibility once they’ve pretended this was a serious issue. And that goes for all postjournalists out there in TV, newspaper and internet land. I am officially sending out the VERN CURSE on you fuckers. Every time you start to read or write a story about this pretending like it’s an actual issue, you’ll go into a deep trance, flashing back to the Vietnam era. And you’ll see yourself sitting at a news desk in March of 1968, and instead of reporting on the My Lai massacre you’ll be talking about, I don’t know, Phyllis Diller or somebody making a joke about Nixon being a Dick. (and that’s being kind because let’s be honest, Whoopi is no Phyllis at this point in her career.)

Suddenly the sound of the one thousandth american soldier blowing up in Iraq will jolt you awake, still at your newsdesk in 2004. And your kid will be sitting there with a laptop watching a bootleg VCD of Hearts and Minds that he downloaded off of bit torrent and he’ll ask you daddy, what were you doing while Our Boys were dying in Vietnam? And you will say, well son, your pop put his ass on the line and he stopped Phyllis Diller from making dick jokes, and thanks to his courageous and patriotic efforts, Ovaltine dropped her from their advertisements in the name of freedom and stopping communism and the red white and the f-ing blue. And I’m proud of it and I’d do it again and american families of the heartland understand that WE are the REAL america, not some fancypants Holl-y-wood entertainers that come in here and push us around and try to force us to live with the ne-groes and to listen to Phyllis Diller and her communist potty mouth.

Okay, end of curse. So that takes care of the postjournalists, but what about the actual source of the cue cards they’re reading, the republican election machine? Well it goes without saying I want to put a curse on those rat bastards, but in this case I don’t even think it’s necessary. If there’s one thing funnier than Whoopi’s HILARIOUS jokes on Hollywood Squares (and believe me, there is DEFINITELY at least one thing that is funnier) it’s seeing these guys so desperate and out of touch that they actually tried this maneuver: demanding the release of the fundraiser video.

We demand accountability! The American people have the right to know what was said at the Whoopi Goldberg concert! And we will not be silenced until Whoopi and Chevy Chase and every last one of these has-beens is silenced instead! We can’t boycott her movies because nobody watches her movies, so instead we will force you to release another one straight to video!

Somehow the Bush-Cheney-Halliburton “re” election staff was dumb enough to put that out there without foreseeing the obvious smartass response from Kerry’s people: sure, we’ll release the fucking Whoopi Goldberg video. We’ll let you watch John Cougar Mellencamp until the cows come home. All we ask in exchange is the same thing we’ve been asking for forever – any of Bush’s military records that have not been destroyed, the correspondence between Halliburton and the Defense Department, the documents from the Cheney Energy Task Force, the correspondence between the White House and the pharmaceutical companies that turned into the Medicare Bill, and the remaining documents about the White House’s approval of torture methods used in Abu Ghraib and other overseas US prisons.

And I would add that they should also release the data for auditing all our tax money that’s been dumped in to Hallib– er, helping Iraq.

I mean give me a fucking break – the regime that has made Nixon look like a pushover when it comes to releasing documents, the one that has spent its entire time in office trying to stop commissions and then stonewall them and then go to court to prevent the release and then refuse to release them even when the court demands it… now all the sudden they are DEMANDING John Kerry release a fucking JOHN COUGAR MELLENCAMP video?

Or as MC Hammer said at Hammer Time, “STOP!” (something something.)

If you really represent the American people, then try to get them to release POINT BLANK on DVD. Not fucking Mellencamp and Goldberg Live in Concert. God damn it.

And that, my friends, will probaly be the last time I mention Whoopi Goldberg on this web sight for a long fucking time. That’s just the way it is.

Whoopi Goldberg
This entry was posted on Saturday, July 17th, 2004 at 7:49 am and is filed under Vern Tells It Like It Is. You can follow any responses to this entry through the RSS 2.0 feed. You can skip to the end and leave a response. Pinging is currently not allowed.

One Response to “Whoopi Goldberg: This Month’s Janet Jackson”