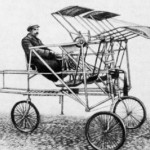 Thanks especially to my bud who gave me some writing tips and movie ideas to rent. Tonight I rented fly away home on account of the “posting” here about it. Yes, it was a good movie although it is about geese. In fact in my opinion the movie is god damned beautiful both as far as the look and as far the story plot.

Now I know what you’re saying old vern went and rented a pussy movie. Yeah you can say it all you want but fact is a loved this fucking movie and I am not a pussy. There are guys that could vouch for me as far as stabbing, lifting, hitting etc. my speed is not what it used to be due to my age but however I’m not as bad as most guys pushing the big six. I still have a healthy sex life as many young ladies could tell often still in their early twenties or late teens. Anyways as far as the movie, I know a lot of the guys in my cellblock would bend me over for saying this but it really in many ways is a poem of nature and beauty. The glint of the son across the water, the black shadow on the wing of a flying goose, the joy and blissfulness in the eye of a young girl acting as mother to orphan birds of nauture. These are many of the shots to offer in fly away home.

I know I know I know but yes, this is what I think about it. In my opinion there is the earth and there is man and machines, however, the earth is the one natural part of the universe. Nature is a motherfucker if you think about it. The dirt, the plants, the air and wind and water is what god created for man. The animals are part of the beauty and geese are a beautiful animal as far as I’m concerned. It’s amazing amazing amazing and the one proof of the holy god. The fuckers in this movie that are trying to shoot them or destory their home, these symbolize the sick little pricks that are creating the machines devouring mankind and nature with the SICK evil metal teeth and blanket of smog chewing across the green land.

Another important element is the poetry of flight, man building man made wings to conquer the air and fly like angels. This is how they lead the geese to freedom. The acting of the actors is one thing as well as the way they talk, but really the photographers are the stars of this movie. Imagine national geographic and wild kingdom on acid that is what it is like.

Although some scenes toward the flight scenes of the movie lose the high quality impact of earlier parts there are some moments such as people yelling “hey it’s the goose girl” that aren’t actually true to life. Although at this point you are so wrapped up in the girl’s mission to save the geese that you really don’t give a flying fuck as far as I’m concerned. I know it is not common for me but you start to imagine what it’s like fo rthis little girl who lost her mother and wishes extremely for something to call her own which, in fact, brings her together with her old man. it is a movie full of emotion and hope, human nature and not cliches. This is not a jean claud van damme movie or anything like that. Not to talk shit about him because i love him but i’m just saying there is a difference between these two. I don’t know if it won any oscars or anything but it better.

Finally at the end when the birds land in their home marshlands there is a breath of relief, I can only speak for myself but for me there is. As the birds splash around in the water you feel the way they feel, that the long journey is done. It’s a real kick in the balls in my opinion.

I really am so glad I saw this movie because it takes the man and the machine out of you and reminds you of the birds, the lands around as and saving the environment. I know a lot of guys and including me have been sinking and sinking into the sick mud of negativity and darkness – robbery, murder, raping, violence. As a christian I know that god and the angels prefer this message of flying the geese to all that kind of shit. I know it is partly the shrooms I am using but I think even tomorrow I will remember this is a hell of a fucking movie.

Anna Paquin Carroll Ballard Jeff Daniels
This entry was posted on Wednesday, January 1st, 2003 at 7:38 am and is filed under Drama, Family, Reviews. You can follow any responses to this entry through the RSS 2.0 feed. You can leave a response, or trackback from your own site.