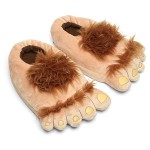 Well part 2 picks up right in the middle of part 1, not where it left off. We find that when Merlin fell down that hole actually he did it on purpose to fight a demon in mid-air. It was awesome.

What this movie is about is they continue going to the volcano in three separate groups, and they never get there. But there are many wars. There are goblins that eat people’s legs and each other’s intestines. They ride on these monsters made out of computery animation. There are cameos by Dracula and Liv Tyler and the guy who did the voice for Chucky. As soon as you see him you go wait a minute, I think this guy MIGHT be evil. It’s just a feeling I got, I can’t explain it. You never shoulda trusted that guy just like you never shoulda gone to Dracula’s castle in part 1.

Merlin survives the extreme demon jumping but he starts dressing in all white and at first it seems like he lost his memory. So maybe instead of trying to destroy the ring, this one will be about him trying to remember who he was. He goes around and he finds out that he has these magic powers and he thinks maybe he was in the CIA. But then he remembers who he is so the story stays on track.

Also the invisible guys are back, but they don’t do as much. They’re on giant flying bat monsters. At the end there is a huge war between Viggo, a couple other guys, and 10,000 wet goblins.

But what really makes this movie are two new characters. First of all there is Talking Tree. This is a giant guy who looks just like a tree only he has a face and a beard made out of moss, which most trees don’t have, in my opinion. The two goofball hobbits, whatsisfuck and whatsisdick, almost get eaten by goblins. Then they spend the entire rest of the movie sitting in this talking tree. The best part of the movie is at the end, the trees get pissed off about the environment and attack Dracula’s castle. Now why the fuck didn’t the Lorax think of that? Anyway that’s the best part because finally whasisfuck and whatsisdick get something to do: throw rocks.

The other character though you may remember from the hobbits cartoon show, his name is Golem and he also goes by his slave name, Smeagle. This guy is made out of computer animation and yet he is one of the best movie characters maybe I’ve ever seen. He “was once not too different from a hobbit” but now he’s schizophrenic, half naked and emaciated, his eyes have turned giant, etc. He reminds us of Bilbo when he snapped at Merlin in part 1, but more than that he is a constant reminder of what Frodo could become if he gets too strung out on the ring. We know this because they both have giant, pale blue eyes.

Golem was the guy who had the ring before Bilbo and it drove him completely nuts. In this movie we first meet him stalking our boys, Frodo and Sammy, talking to himself about “the precious” which is what he calls the ring. He could easily be turned into a comic relief character but instead he’s creepy and tragic. His first scene is almost hard to watch. He attacks the hobbits like a vicious cat, clawing at them, biting them and screaming. When they turn the tables on him and tie a rope around his neck he flops around like a fish and pathetically moans “it burns! it burns!”

They convince him to lead them to the evil volcano, and you don’t know if he really plans to help them or as Sammy thinks, he’s going to strangle them in their sleep. Frodo figures he has to trust him, because he noticed the blue eyes too and isn’t naive about what they represent. As the movie goes on you really start to like this dude Golem and feel sorry for him, especially once you’ve seen him have a conversation with himself. There are a couple scenes like this and they are perfectly executed, changing expressions and camera angles to denote the two personalities.

I mean this character really is a great achievement. I will probaly go back just to see him again. I was sitting two seats over from Yoda and I kept looking over at him. He was jealous as hell. He kept shaking his head in disgust like this guy was terrible. But whenever the audience responded to a Golem scene, you would see a little tear on the corner of Yoda’s eye. No I’m just kidding man I totally made that part up. Yoda is only a puppet and the puppet was not in the theater, as far as I saw. Actually I bet Yoda would admire Golem’s work. They are colleagues in my opinion.

I really liked this picture for the same reasons I liked the first one, but it’s alot more exciting. You know the characters a little better and they can get to their mission and you can care about what happens to them. Plus you get these two up and comers I just mentioned. Boy I sure hope Golem gets redeemed in part 3, but things are looking dicey.

Also Viggo Mortensen really moves into his own as the main sword guy. The guy is a real good actor and he has an amazing presence. I hope he keeps doing the smaller roles but it is good to see him steal what’s left of the spotlight when Golem is offscreen. He is a stoic badass. You know it really takes something to pull off that guy with a sword shit, too. If you don’t believe me just compare him or the elf guy to any of the 20 and 30 somethings dressed up like them at the movie theater. Somehow Viggo looks cool, but these guys having plastic swordfights do not. I wonder who I feel more sorry for, the guy walking around proudly displaying his inflatable battle axe, or the poor sap who had to braid his hair for him? I don’t know.

The only thing that wasn’t as good as the first one was the dwarf. He’s not too bad or anything but he only gets used for comic relief. I kind of felt sorry for the dude. He was probaly pretty embarassed.

And again there is alot of noticeable parallels to our current political scene. Unfortunately if you consider what’s about to go down in Iraq, that makes us americans the goblins in this scenario. Bush better hope the elves don’t go help the Iraqis. Bet he wouldn’t see THAT one coming. (because there are no elves.)

I would also like to commend Mr. Mortensen for appearing on tv wearing a “No more blood for oil” t-shirt. This is exactly the moment when the entertainment media is trying to turn him into the new Brad Pitt or somebody and instead he becomes a troublesome Sean Penn. Why must this adorable man bring up politics? We were gonna put him on the cover. I don’t think Viggo picked that t-shirt for cynical reasons but it may help him in the long run, by giving him a “not Entertainment Tonight material” reputation that will keep him in interesting roles instead of empty star vehicles where he tries to defuse a bomb attached to Martin Lawrence during a tense motorcycle chase through the Los Angeles warehouse district.

And by the way if you want to see some nutballs on the internet, you gotta see these fuckers on usenet talking about “viggo and anti-americanism.” Apparently america = war so if you are against war you are against america. This is why Jesus is often called “The Prince of Anti-Americanism.”

Why don’t they just have the giant bird throw the ring in the volcano, though?

Christopher Lee Ian McKellen Peter Jackson Viggo Mortensen
This entry was posted on Thursday, December 19th, 2002 at 8:23 am and is filed under Action, Fantasy/Swords, Reviews. You can follow any responses to this entry through the RSS 2.0 feed. You can leave a response, or trackback from your own site.