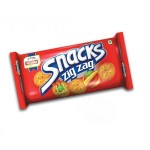 See, this movie is not a Wesley Snipes movie at all. He plays a crucial role but he’s only in a handful of scenes. Leguizamo is more important but the actual star is Sam Jones III. This young man plays a 15 year old autistic kid who’s bein looked after by Singer (Leguizamo), who named him Zig Zag and convinced him his talents were super powers. Wesley is great as Zig Zag’s dad, an abusive crackhead. The story is about how Zig Zag steals money from work, and then his dad steals it from him, but Singer doesn’t want Zig Zag to get in trouble so he tries to steal it back from the dad so he can give it back to the work and I mean, you know, complications happen. Not real spectacular complications, really, but complications. 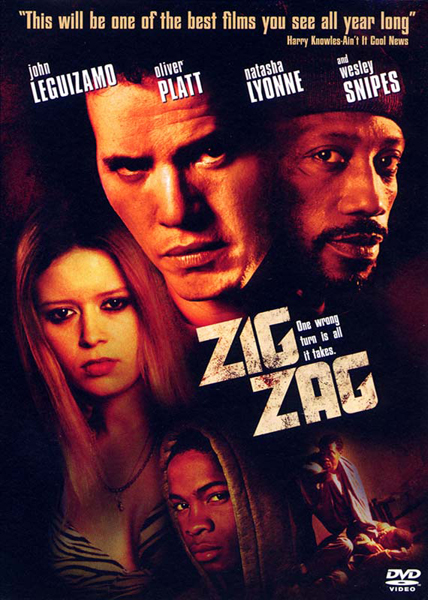 This is by no means an action movie, suspense thriller, comic strip vampire epic, mystery, action adventure or neo-noir. There are no guns, no parachutes, no motorcycles. Not even fires. Only one baseball bat. Well, two, but one’s off screen. It’s really just kind of a character drama from an outsider kid’s point of view, reminded me a little bit of THE MIGHTY, but less corny, and even a little of FRESH, but not as good.

The movie is based on a novel which is very obvious, because you got characters with wacky, colorful names like Zig Zag and Toad. If it were a movie-movie, everybody would be called James, Fred, Gary or William. There would probaly be a Detective John something or other and a Lieutenant Frank Grimes. Or maybe it would take place in New York and everybody would be Lou. But it’s not a movie-movie, it’s a book-movie, so you get Zig Zag, Toad, and Cadillac Tom. If there was time they could’ve also had Rewind, Dr. Fate, the Human Statue and Bunnigula.

You still get the movie-movie cliches, though, like the hooker with the you know what, the detective closing in on the truth (as he actually bothers with a full investigation of a petty theft at a diner), the sleazy boss having an affair, and of course the old it turns out John Leguizamo is dying of cancer routine.

Now you might wonder, why in fuck’s name would Vern want to watch this type of crap. And then you would remember that’s right, BLADE II is the best movie of the year so far and Vern will do whatever he has to to support David S. Goyer, who makes his directorial debut with this picture.

Now before entering the hall of fame with his work Writing the BLADE pictures, David S. Goyer was by no means a heavy hitter. Sure, he had his work on DARK CITY and what not. But he got his start doing Van Damme movies, DEMONIC TOYS, even a tv movie starring David Hasselhoff. So it would not be all that surprising if ZIG ZAG were a piece of garbage. But it’s not.

I’m not saying it’s great, like Harry Knowles did on the front of the box (“This will be one ofthe best films you see all year long”). But I think it’s one of those obscure movies that a number of people will accidentally catch on cable, and then wonder what that movie was, and when they find out recommend it to friends.

The main attraction is the performances. Sam Jones III is very good, bobbing his head around and not looking people in the eye but not going over the top or even once reminding you of RAIN MAN. John Leguizamo is as good as he always is in his straight roles, charismatic and likable even if whiny. Wesley Snipes, who I forgot was such a good actor until BLADE II came out, is pretty scary in his few scenes. He seems like a real guy – a complete asshole, but not pulling any of that scenery chewing “King Kong ain’t got shit on me” bullshit. He does yell but I don’t think he spits. When he’s being thrown into a police car and says “I don’t need incarceration, I need help” there’s a possibility that it’s a glimpse into his hidden vulnerability and a probability that he’s just full of shit.

Hell, I even liked that goofball Oliver Platt as Toad, the racist asshole boss, a character that had all the potential to be a 2-dimensional cartoon, but comes off more like 3-D computer animation. Or something. I don’t know.

As a director, Goyer is not off to a bad start. Admittedly, most elements of his Cinematism are merely average for this one. There’s nothing special about most of the staging, photographicity, etc. The score is cornball and should’ve been left out during the trying-to-open-the-safe-a-second-time scene so it could’ve been more tense. That said, Mr. Goyer seems to work good with actors, which is no small tomatoes. And they always say that for your first movie, you don’t want to work with children, special effects, or gorillas. Goyer had a 15 year old star who had to perform tics that could’ve led to embarassing overacting, and it’s the highlight of the movie. Good job Goyer.

Mr. Goyer’s script is not exactly Shakespeare, as BLADE and BLADE II are. But it has some good touches, some occasional subtleties. I like the fact that they never show Wesley smoking crack, never actually call him a crackhead or have him say explicitly why he’s desperate for money. But it’s obvious. They also never say the word autistic, or claim that Zig Zag is a genius or anything like that. Most people just treat him like they treat other kids, which is to say they push him around and call him retard.

And there are some dramatic ideas in here. Zig Zag really doesn’t seem to understand the morality of the things he does, the seriousness of the trouble he gets in. And when he finds out about pussy, it leads to some awkward social situations. This stuff mabye isn’t explored as deeply as it might’ve been, but it’s also not pounded into the ground.

This is not a bad movie, and I hope it will lead to some Badass directorial works by Mr. Goyer. For the next one they could show the kid on the box, but have it actually star Wesley Snipes.

BLADE RELATED APPENDIX: Luke Goss, the creepy looking british pop star who played Jared Nomak in BLADE II has a small role as “Cadillac Tom”. Also did you notice that that new ’50s gang movie DEUCES WILD has the guy who played Deacon Frost in BLADE alongside the guy who played Scud in BLADE II? And also the kid from MALCOLM IN THE MIDDLE. That’s some weird shit.

David S. Goyer John Leguizamo Wesley Snipes
This entry was posted on Wednesday, July 10th, 2002 at 4:25 pm and is filed under Drama, Reviews. You can follow any responses to this entry through the RSS 2.0 feed. You can skip to the end and leave a response. Pinging is currently not allowed.