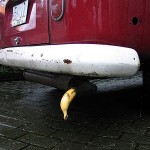 So here’s the deal friends. The year: 1782. The land: France. An author burdened with the handle Pierre Ambroise Francois Choderlos de Laclos puts the feather to the pulp, or whatever they did back then and over there, and he comes up with a decadent little novel by the name a Les Liaisons Dangereuses. Or Dangerous Liasions, for americans. The novel is about this manipulative gal and the sexual games she plays with this fella Valmont. I’m going to call this gal Catherine Murneaux for the purposes of this piece because that’s what they call her in the movies. Not sure about the novel I’m still catching up on some of the Donald Goines and Iceberg Slim books, working my way towards the pre-French revolution works and what not. 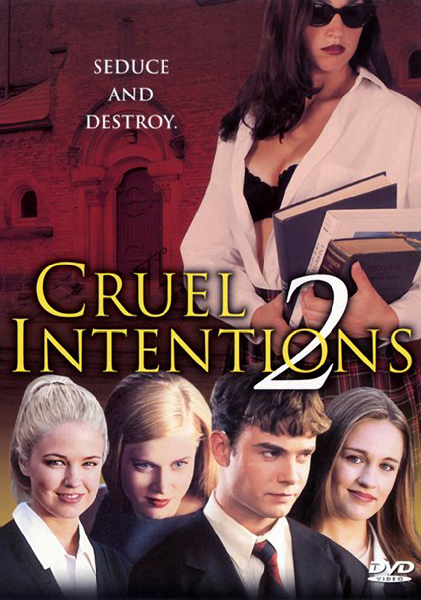 Anyway the years go by and what do you know all the sudden Mr. Ambroise Francois Choderlos de Laclos’s story is adapted into plays and motion pictures such as Dangerous Liasions (the Michelle Pfeiffer/John Malkovich version) and Valmont (the Milos Forman version) and of course it is updated in the 1960 Jeanne Moreau version from the great international lover/director Mr. Roger Vadim (himself a great Writer having penned _Bardot Deneuve Fonda: My Life with the Three Most Beautiful Women in the World_). Vadim was so hip he got Thelonious Monk and Art Blakey to score the piece.

Finally, in 1999, a new Roger – this time Roger Kumble – decided to adapt the story for the teen type audience. he called his Cruel Inventions (later retitled Cruel Intentions for scientific purposes) and approached it as sort of a teen Dynasty, dripping with innuendo and sleaze, but lacking the graphic excess (i.e. blood and tits) of earlier pictures such as Wild Things and, well, mainly Wild Things.

I gotta admit boys, I enjoyed this first Cruel Intentions picture as camp. Alot of folks don’t appreciate the camp these days I know but now that Charlie’s Angels hit the big time maybe the tides is changin. ANyway I liked watching these little prep school pricks loungin around the mansion with the parents out of town, talking big and sipping champagne and seducing people ruthlessly. I mean “kissing lessons” in the park – who doesn’t appreciate this type of picture, and why? There are many good touches such as when Sarah Gellar snorts cocaine out of her Catholic school girl crucifix, and when that little fucker playing Valmont gets nailed by a car during some kind of weird 90’s roadside duel.

Now the reason I’m boring you with all this needless background is because 1) to explain why I was excited to hear ROger Kumble was making a Cruel Intentions tv show called Manchester Prep and 2) the backspace on my keyboard is broken so it’s a little fucking late to be rethinking my intro. sorry folks.l..

ANyway point is this. No matter what talents he displayed on the first CI picture, this man is not a psychic. And now way could he have predicted that the fox network, home of many fine police chase and animal mauling tv specials, would not want to see a scene where a young girl learns how to ride a horse until she orgasms. I mean what else would you put into a show on fox anyway, if not a young girl riding a horse until she orgasms. that is the whole point of the fox network in my opinion. not to get on the soapbox or anything, but jesus.

Point is, he didn’t see it coming. And not even Mssr. Ambroise Francois etc. etc. could have known that his tale would be adapted into a teen sexploitation picture which would in turn be adapted into a tv series which itself would be cancelled and re-edited and altered into a straight to video sequel called Cruel Intentions 2 (or CI2 as I call it for short.)

So all that said, and for christ’s sake I hope you folks didn’t bother reading that mess, CI2 is not so much a sequel as a tv movie remake. There’s some nudity and fuck words tossed in there for the sake of Cinematic legitimacy – more than in the actual movie, come to think of it – but it’s missing the bite and the sense of humor Roger K. came up with the first time around.

One major problem is this fuckwad playign Valmont. You see for the sake of television they’ve gone and tried to make you LIKE him! I liked in the movie how Valmont was an iredeemable prick, and whiny, annoying priss. So much so that even when he’s redeemd, you still hate the fucker. I mean I thought that was sorta what the movie was about. Not having some Casanove Ferris Bueller for you to look up to.

And then what they did, they gave him a working class background, so he’s a newcomer. He’s the audience’s surrogate as well as a fish out of water and etc. And then they gave him parents! So you’ve lost this whole artificial world of the movie where stuck up rich kids sit around in mansions making evil plans and dry sex and talking all clever to each other.

The rest of the casting isn’t too bad. The Catherine is no Sarah Gellar but you could get used to her, I guess.

They also lost something in trying to turn this thing into a movie – it just don’t make sense. Valmont’s girl is supposed to be the virginal Reese Witherspoon character. She’s never even been kissed before and she’s still making plans for that moment to be special and perfect. Then all the sudden there’s a scene where she tries to give Valmont a blowjob in the park and he doesn’t even question it. So the audience is left in a state of “huh!?” until the twist ending which I won’t give away except to say that it turns out she and Catherine are lovers and playing a trick on Valmont and Noel from Felicity is the killer in Scream 3.

Now I guess this really doesn’t qualify as much of a consumer warning because, I mean, it’s Cruel Intentions 2 fer fucks sake. But if there’s anyone else out there thinking ha ha, that first one was funny, I might get some chuckles out of this one – well forget about that right now. This is just mediocre tv with a nude scene. strictly for the kids.

Amy Adams DTV DTV sequels Mimi Rogers Roger Kumble
This entry was posted on Monday, February 19th, 2001 at 2:25 am and is filed under AICN, Comedy/Laffs, Drama, Reviews. You can follow any responses to this entry through the RSS 2.0 feed. You can skip to the end and leave a response. Pinging is currently not allowed.