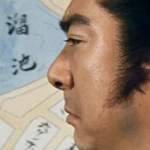 I know people got mad years ago when I complained about Jason Statham’s character Chiliman Chevrolet from the CRANK movie pulling one of these “it doesn’t count as rape if you win her over before you’re done” moves, known on the streets as “the ol’ Straw Dogs.” But I haven’t changed my stance on that. It’s a misogynistic fantasy and kind of a dangerous thing to depict in movies. What kind of influence could this have on the samurai constables of the future if they grow up thinking this is how the world works? END_OF_DOCUMENT_TOKEN_TO_BE_REPLACED