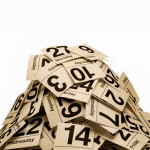 Quatermass is a college professor looking dude with the tweed suit and vest, bow tie and beard. He is not an action hero, everything he does is completely with the brains, I mean this guy is a real rocket scientist. And by rocket scientist I mean he is the type of scientist who studies rockets. END_OF_DOCUMENT_TOKEN_TO_BE_REPLACED