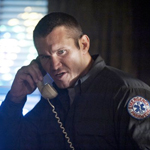 I liked it, but did anybody else? It looks like it didn’t make much more than half of its budget in theaters. I’m sure it did better on video, but it’s not all that well known, is it? Luckily that doesn’t stop WWE Studios from DTV-sequelizing like they did with THE MARINE. It’s like a self-fulfilling prophecy. If there’s a part 2 then part 1 must be significant, right? And you don’t have to watch both because it’s not connected. It’s some other wrestler playing some other character and some other villain with some other grievance, playing some other deadly game. But coincidentally with 12 rounds again.
END_OF_DOCUMENT_TOKEN_TO_BE_REPLACED