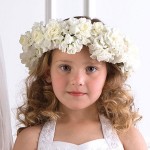 Before we move on I gotta ask, is this or is this not the same Mike White who does the zine Cashiers Du Cinemart that I used to always get spam for until dejanews shut down and I changed my e-mail? [UPDATE: I e-mailed the Cinemart Mike White, and he said he was not the GOOD GIRL Mike White.] If so that would also make him the same Mike White who makes the videos trying to point out which parts of Tarantino movies are similar to other people’s movies, which would make him kind of an ass. Somebody told me it was the same dude and I tried to verify it but the closest thing I could find for verification was that the Cinemart guy says he doesn’t have a new issue because he spent all of 2001 finding a new house, and then an interview with Miguel mentions that they auditioned Jake Gyllenhall in Mike White’s brand new house and he threw a chair and put a hole in the wall. That’s a pretty good clue I think but I don’t know if it would hold up in a court of law. I mean I wouldn’t want to besmirch Mike White’s name if there were two of them, like how there’s one George Miller who did MAD MAX and the other one who did the Steve Guttenberg movie where a dog rides on a dolphin’s back. END_OF_DOCUMENT_TOKEN_TO_BE_REPLACED 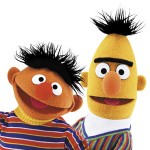 Anyway this one Chuck and Buck is one of those pictures. What it’s about is this poor schmuck named Buck who is I believe 27 years old but he lives with his mom in a room full of toys and sucks on lollipops all day. Then one day his mom dies and at the funeral he sees, for the first time in years, his childhood best friend Chuck. He tries to hang out with the dude but it’s really uncomfortable because Chuck is grown up now and some kind of record industry bigshot living in LA but Buck is like some kind of retard and all he wants to do is have sleepovers and talk about the stupid shit that happened to them when they were like 8. END_OF_DOCUMENT_TOKEN_TO_BE_REPLACED