Remember when FAHRENHEIT 9-11 came out? It was a phenomenon. I remember I tried to get tickets online and literally every show in Seattle was sold out. I had to go out of town to wait in a long line to see it. It seemed like such a huge deal then because it was like shit, finally. Finally somebody saying something.
END_OF_DOCUMENT_TOKEN_TO_BE_REPLACED 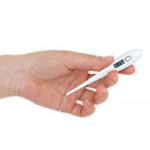 I have heard this story on the internet and what not about how Michael Moore is a dangerous dude, his movies are big scary manipulative propaganda lies. And he has these legions of loyal zombie followers who don’t understand humor, irony or the art of motion picture editing. They watch his movies and they think they are a direct uplink from objective scientific reality into their brain. They don’t know how to process the information for themselves. They take it all as literally as these numbskull republicans do, and they don’t ever read or hear about the topic again. They are permanently brainwashed to unquestioningly believe Michael Moore’s crazy, bizarre, venomous hate filled extreme left wing conspiracy theories. Like the one about how everyone deserves affordable health care, or that one from Bowling For Columbine about – get the tin foil hats ready man – I mean, this is almost too crazy to even say out loud – we should try to figure out why our society is so violent. END_OF_DOCUMENT_TOKEN_TO_BE_REPLACED 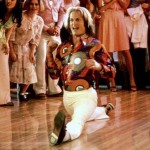 This is a tricky review to write because what I really want isn’t for you to give two shits what I think about how well this movie is made or how entertaining it is or whatever. What I want is for everybody just to go out and see this movie, bring as many friends as they can, then go for food and discuss it. Then go to the vernanda group on yahoo and discuss it with me. You can have your own personal oprah book club with this picture. It’s an interactive movie, it requires feedback. Because it asks a simple, very timely question – why in the hell is there so much violence in america? – and then it leaves it to you to answer it.

Now that’s not what some of the reviews will tell you. But I mean come on, you don’t trust those other assholes do you? Opinions about Michael Moore are like assholes, only assholes have them (or whatever mark twain said, I can’t remember). Alot of people expect Mr. Moore to be preaching to the converted or telling you what to think or something. They expect it so much that they sit there and watch this movie that doesn’t even come close to doing that, and then they leave and describe some non-existent movie that is not the same one ol’ Vern saw. END_OF_DOCUMENT_TOKEN_TO_BE_REPLACED