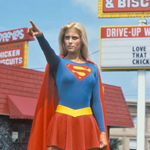 Oopsie! Peter O’Toole, that rascal! Oh well, what are you gonna do? END_OF_DOCUMENT_TOKEN_TO_BE_REPLACED 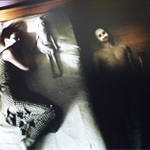 And it’s all because of Slasher Search. As most of you know, every October I try to find some good slasher movies (preferably from the ’70s or ’80s, but I’m having to get lenient these days) that I’ve never seen before. Every year it gets harder, because the pool gets smaller, and I gotta look for more and more obscure ones, like the ones that haven’t even made it to DVD yet. In this case I got real desperate and ventured out of the horror section and I found this tape in Murder/Mystery/Suspense. It looked like it might be a slasher movie, seeing as how it showed a dude wearing a plastic baby mask holding an ax. Which can be used for slashing, is my contention. END_OF_DOCUMENT_TOKEN_TO_BE_REPLACED