My fellow Watchmaniacs: People like me and you, being huge comics book “geeks” and true fans for life, we could tell each other exactly where we were the first time we saw those historic Watchman comic strips in 1986, when they exploded onto the scene just like the explosion that happens at the end that Doctor Manhattan was blamed for or whatever it was that happened at the end. I remember LA Law had just debuted on TV, and Pinochet had escaped assassination in Chile. CHILDREN OF A LESSER GOD was capturing the national consciousness. I was wearing an anti-Khadafi novelty t-shirt, listening to Falco on my Walkman tape and solving a Rubik’s cube when my eyes first fell upon its graphic novel cover at the graphic novel stand. And remember you were there too and we looked at each other like “uh huh” and we nodded because after seeing all those adventures that the Watchmen were having and everything, you knew this was history, this was the motherfuckin Hindenburg exploding into the moon on top of JFK’s motorcade. END_OF_DOCUMENT_TOKEN_TO_BE_REPLACED 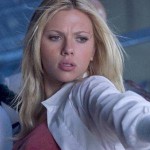 This is the first Woody Allen movie in a long time that doesn’t seem exactly like every other Woody Allen movie. It takes place in London with a mostly british cast. Jonathan Rhys somebody (a guy from TITUS) plays a guy named Chris. He’s a former pro tennis player who’s kind of a cheapskate, always trying to bum shit off of people. So one day he’s taking advantage of a rich tennis student’s generosity when he falls for the guy’s sister (Emily Mortimer). And then as soon as that’s rolling he falls even harder for the guy’s fiancee (Scarlett Johansen [hubba hubba]). He wants Scarlett bad and tries to make a pass at her but it doesn’t work out. So what the hell, he marries Emily. He gets a good job out of it and her parents pay for him to have a nice apartment and shit. And she wants some babies, now. END_OF_DOCUMENT_TOKEN_TO_BE_REPLACED