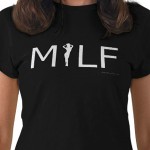 The title translates to AND YOUR MOTHER TOO or, in other words, I FUCKED YOUR MOTHER. I FUCKED YOUR MOTHER is directed by Alfonso Cuaron who also directed A LITTLE PRINCESS, an extremely well made fable that’s probaly the real reason they hired him to do Henry Porter. That movie is about a little girl who defies her harsh boarding school by escaping into an imaginative story world. There’s ten headed monsters and all kinds of shit. Everything you want in a henry porter adventure. Shit I admit it I loved that movie, I just never reviewed it because I’m still embarassed by that time I reviewed FLY AWAY HOME. END_OF_DOCUMENT_TOKEN_TO_BE_REPLACED