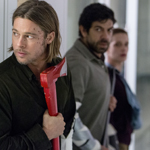 But it’s true, I do like a good one, and I was open to Brad Pitt’s blockbuster-budgeted zombie epic because it’s an approach that hasn’t been tried before. END_OF_DOCUMENT_TOKEN_TO_BE_REPLACED 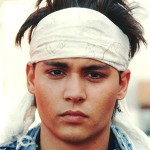 So J.M. needs to imagination up his life somehow to inspire him to write Peter Pan, and luckily he runs into a widow (Kate Winslet) and her spunky kids (a bunch of kids) while he’s walking his novelty oversized dog. Next thing you know he’s hanging out with the kids, dressing up in silly costumes and imagining stuff with them. They’re still pretty bummed about their dad dying so he has to teach them to have a childlike sense of wonder, etc. END_OF_DOCUMENT_TOKEN_TO_BE_REPLACED