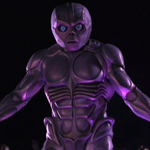 I don’t think you can say STAR KID is a forgotten kiddy wish fullfillment sci-fi fantasy of the ’90s. More like an ignored one. And that’s fair. The subject matter seems inspired by ’80s kids and aliens movies of the Amblin and fake-Amblin variety, like E.T., FLIGHT OF THE NAVIGATOR, EXPLORES and MAC & ME, but it came out in 1997, fer chrissakes. The successful sci-fi movies of that year were THE LOST WORLD: JURASSIC PARK, MEN IN BLACK, THE FIFTH ELEMENT and the STAR WARS special editions. The good reviews went to GATTACA. It was too early for STARSHIP TROOPERS and too late for this shit. END_OF_DOCUMENT_TOKEN_TO_BE_REPLACED