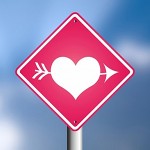 So I was kind of surprised by how good the movie actually is. Sure it’s pretty pretentious. And if all you see is a “rich college kids are fucked up” message then no, it’s not an original message. But then neither is “war is hell” and that hasn’t made anyone declare the end of the war movie genre for all of eternity. I didn’t find this movie profound (I didn’t find it empty either) but I really thought the execution of it was exceptional. And there is some truth to the story it paints of people being attracted to horrible people and things turning out bad. (In fact, real bad.) END_OF_DOCUMENT_TOKEN_TO_BE_REPLACED