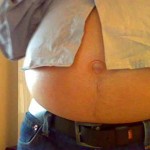 I gotta warn you, it’s meandering and slow, sometimes amateurish, sometimes pretentious, and mostly humorless. But I still thought it was pretty fuckin good and I’ll explain why. (that’s what I do in these writings.) END_OF_DOCUMENT_TOKEN_TO_BE_REPLACED