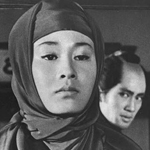 There’s usually alot of quiet moments in these movies, rarely an overbearing score, and there’s the simple black and white imagery. Kinda calming to me. So I chose to soothe my soul with a movie about the great killing, and I’m afraid that’s as in “the huge killing,” not “the really good killing.” END_OF_DOCUMENT_TOKEN_TO_BE_REPLACED