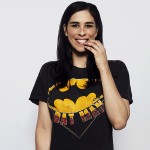 Howdy boys. I got basically two reviews for you here. One is a standup movie by some female comedian, or comedienne, that readers of this sight are familiar with from jerking off. Er, I mean, from Comedy Central. The other one is a Spike Lee Joint made for Showtime as a pilot for a TV series but then turned into a full blown straight to cable feature. So it’s not a big screen movie but yes, it is still officially classified as a ‘Joint’ according to the box art. Anyway, I’m not sure what connection there is between these two other than that I watched them both yesterday. But that’s really the important thing here, isn’t it? Me. END_OF_DOCUMENT_TOKEN_TO_BE_REPLACED