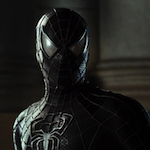 Watching it now, I still like what I always liked, and not a single one of the things I used to dislike bothers me anymore. In fact, what seemed like its big weakness at the time – the hurried, three-villained plot – now makes it feel refreshingly different from other comic book movies, and honestly more faithful to these stories as they once existed in their original medium. END_OF_DOCUMENT_TOKEN_TO_BE_REPLACED