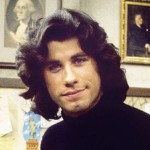 (John Travolta, as badass loanshark turned movie producer Chili Palmer points this out and says, “You know what I have to say about that? Fuck that.” And if only he had repeated “fuck that” again for emphasis I guess he would’ve gotten the R and I could’ve seen this movie in a quiet theater full of adults and not a fuckin high school cafeteria. But that’s a subject for a separate rant.) END_OF_DOCUMENT_TOKEN_TO_BE_REPLACED