Niketown: a novel (that I wrote) 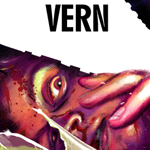 I wanted to let you guys know I wrote a new book and I’m back in the lone wolf publishing game. It’s called Niketown: a novel. The “a novel” part is to make sure you know it’s a fictional novel, not a collection of reviews of different Nike stores or something. You can get the actual book version HERE for about thirteen bucks, or many electronical type versions HERE for about five bucks. It should be in the Kindle store soon, I’m waiting for it to process. But I believe you can also get a Kindle format from the Smashwords sight for now.

You can read a big sample chunk of it on there too if you’re concerned it’s gonna suck. Hopefully you’ll decide it doesn’t, but it’s a free country.

I’ve always wanted to write fiction, whether it be the Great American Pulp Novel or the unauthorized novelization of ON DEADLY GROUND. Now I finally did it.

Believe it or not this book has been in my head for more than a decade. I first started thinking about it in those days not long after 9-11 when it seemed like every morning the scrolling headlines on the bottom of CNN were a new nightmare, and each new pop culture trend or technological advancement was a way to make me feel older. Among other things it’s a story about that day when suddenly you look around and you realize you don’t recognize the world anymore and don’t know if you belong here. I wanted to write a book that combined a type of crime story I like with the angry, sometimes surreal satire of a Vern Tell’s It Like It Is column. It’s a weird mix, but I like it, and I hope you will too.

As time went on and the story continued to evolve I realized that it wasn’t just about the Bush years, and I regret not getting it all together a little sooner because some of the ideas I’d had in here since the beginning are now very timely, it could’ve seemed prophetic. And I could use some of that prophet money, you know.

You’ll be able to tell it’s a very personal book, but it’s not autobiographical, at least not in any of the cool ways. The shit that’s real is like, a guy I ran into on the bus or things like that.

I hope if you read Niketown you will like it and if you do please recommend it to your chums or relatives or whoever. As you can see I’m doing this indie/Dolemite style and word-of-mouth is really the only way I know how to sell it. Oh, if you review this sort of thing for websights or publications get ahold of me, I can figure out how to send a review ebook or something.

I hope to write my next novel much quicker than this, it will be more straightforward and please pay me a million dollars to turn it into a movie, thanks Hollywood. It will be a great book but people will come to resent me for being too popular and rich. But in my opinion this one will always by my first novel, so be cool and get in on the ground floor. And let me know what you think.

p.s. The cover is by Tony Fleecs, who if I remember right contacted me after the very first self published version of Seagalogy, because he thought the cover sucked and he could do better. Since then he has gone on to great success drawing My Little Ponies and shit, but was still willing to do this for me. Check out his stuff, he’s good.

This entry was posted on Monday, March 24th, 2014 at 10:21 am and is filed under Blog Post (short for weblog). You can follow any responses to this entry through the RSS 2.0 feed. You can skip to the end and leave a response. Pinging is currently not allowed.