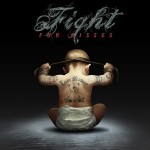 Well this time when I said that one of my buddies brought up this movie from Thailand, BORN TO FIGHT, as a movie that lives up to that particular responsibility. The movie has a bunch of athlete characters so when drug lords take an entire village hostage and plan to fire a nuclear missile into Bangkok the athletes rise up and use techniques from each of their sports as combat.

He wasn’t lying. There’s gymkata in this movie. There’s a little bit of pole vaulting. There’s a guy who kicks soccer balls at gunmen and when he runs out of balls he jumps up and kicks fruit off of a tree. In short this is a great action movie.

Now, believe it or not it’s not as goofy as that sounds. The tone of the movie is very melodramatic, more THE KILLER than SHAOLIN SOCCER. To give you an idea, the last scene is about a woman having trouble saying goodbye to a little girl who was orphaned during the events of the movie. Many innocent women and children are terrorized in this thing. There is alot of crying. And the story hinges on stirring your patriotic Thai heart. There’s a real Flight 93 moment when the athletes and villagers decide that the right thing to do is to fight back against the guerillas that have them hostage. And it’s not only the asskicking athletes who fight, there are old women and little kids kicking the shit out of these guys. Doing whatever they can. And one guy runs around waving a Thai flag to keep everybody’s spirits up. He never seems to put it down. That would be pretty funny in an American movie too, I would like to see somebody do that.

As you could probaly guess this movie comes from the same scene that produced Tony Jaa. Jaa’s not in this one but it’s a bunch of the same people and produced by his mentor, who starred in the original 1986 version this is supposedly a remake of. I tried to watch that one – the plot has nothing to do with this one as far as I could tell and from what I could bear to sit through there were no stunts other than some old school martial arts. Obviously an important movie in the history of Thai action, since it apparently inspired Tony Jaa to want to do movies. But it doesn’t really translate to 2008 American viewing.

The 2004 version sure does, though. What makes it special is that the stunts in it are god damn spectacular. You can’t really overstate how good they are. The opening shootout with drug dealers involves a fight on top of semi trucks and there are actually some shots of dudes jumping from trailer to trailer and kicking each other – the same thing they did in THE MATRIX RELOADED, except there’s no green screens involved in this one. And then, over and over, you see these guys get knocked off of the trucks, bounce off of other trucks, and (most impressively) land on the ground in the same shot. You see them hit the dirt! There’s a puff of sand that indicates they made the ground a little soft for them but still. Holy shit.

You can’t help but wonder “how the fuck did they DO that?” and sure enough the end credits show outtakes where the guy does the stunt and then they run over to him and… it looks like he can’t move. Oh. That’s how they do it. They throw people off trucks.

(But later there’s another one where a guy gets up and laughs afterwards.)

There’s also some good martial arts scenes. One fight takes place near a camp fire, and a guy falls in and catches on fire. In the same shot another guy reaches in and pulls out a burning log and they start fighting with these logs, shooting flakes of burning wood every time they hit each other. This is not allowed at most campgrounds in the U.S.

The stuntmen in this movie are like human pinballs. If they fall off a truck they’re gonna bounce off another truck. If they get in a fight they’re gonna get kicked off the platform they’re standing on and they’re gonna bounce off some pole or wall or something before they hit the ground. There’s also a whole hell of alot of exploding in this movie. Trucks driving through exploding buildings, guys inside the explosions rolling away from the trucks, all sorts of crazy shit. Don’t tell me somebody “blows shit up real good” until you’ve seen this movie for comparison.

There’s also one really impressive pre-CHILDREN OF MEN continuous shot of a guy running around corners shooting people and avoiding explosions, a hell of a sequence of carefully choreographed violence. It kind of looks like you’re watching somebody play a crazy video game, except it doesn’t look digital at all. It looks real.

And that’s the magic of this movie – doing shit for real. In Thailand the film industry is small. In order to compete with Hollywood’s giant budgets and skilled professionals they have to become the very best at their own regional art, which happens to be falling off trucks and hitting other trucks. Ironically, the more success movies like this and Tony Jaa’s have, the closer we come to the day when Thailand has more money to make movies and doesn’t have to do this crazy shit anymore to make their movies stand out. So let’s enjoy this while we can.

Panna Rittikrai Thai action
This entry was posted on Saturday, September 20th, 2008 at 1:46 pm and is filed under Martial Arts, Reviews. You can follow any responses to this entry through the RSS 2.0 feed. You can leave a response, or trackback from your own site.

10 Responses to “Born to Fight”