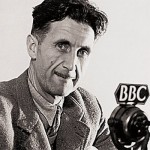 But Mr. Norris can’t just get used to it. These hoodlums are always interfering with his class, and they sell drugs to one student who flips out and climbs up the flagpole and lets go. And later wiseass trumpet player Michael J. Fox (in his first movie role, and looking about 14 years-old) gets stabbed, something that rarely happened on Family Ties, in the BACK TO THE FUTURE or TEEN WOLF sagas, or in any of those TV movies about summer camp. Plus they start threatening Norris outside of school, showing up at his house in Halloween costumes and spraying him in the face with fake blood. Which is a metaphor for real blood, if I know my teens.

Even though it’s kind of funny the whole way through I have to admit I wasn’t into it at first. Lester obviously believed this shit and claims on the extras that he was prophetic about violence in schools. Because a gang of CLOCKWORK ORANGE dudes with face paint meeting in the bathroom to audition new hookers for their prostitution ring is TOTALLY the same thing as Columbine.

But when was the last time you had trouble with a punk rocker, anyway? I mean sometimes they smell bad, but mostly they either beg for change or eat food without meat or dairy. No harm done. Even in the ’80s I don’t remember them being a problem. These type of movies are laughable because they’re such a paranoid delusion based on old people’s fear of young people doing things they don’t understand, like wearing facepaint and listening to a different type of shitty music than adults listen to. And the punk rockers in these movies are always so goofy. You can’t believe Dick Van Patten’s half brother Timothy would be their leader, even if he talks about himself in the third person and likes to seig heil. His name is Stegman and he says things like “I am the future!” and “Life is pain. Pain is everything.”

But as the movie gets more over-the-top it gets better and better. Stegman beats himself up in the bathroom and frames Mr. Norris for it. Mr. Norris tries to talk to Stegman’s mom but she won’t talk to him, then on his way out Stegman threatens him over the intercom. So he steals Stegman’s car and rams the shit out of it. King is real convincing as a sensitive bearded teacher type so it’s great when he suddenly starts going overboard.

And then the war just keeps escalating. Rabbits are crucified. Students are quizzed at gun point. McDowall tries to run them all over (remember when they used to spank people in school? well how do you feel about running kids over?) but his car flips and blows up. And by the way, that’s one thing sorely missing in digital age movies – cars flipping over and blowing up. It’s a cliche but it takes work to do. You need a stunt driver doing dangerous work, a pyrotechnician doing dangerous work, somebody to build a hidden ramp, and obviously you need to destroy a car. It’s a ritualistic sacrifice to placate the audience. A sign of respect. It’s because nobody performs these sacrifice rituals anymore that audiences are growing angry. And movies will feel our wrath.

Throughout the movie Norris has two goals: to somehow stop these creeps from fucking everybody over, and to actually teach his class of non-creeps to play music. These two things come together to create the third act where Norris is Pushed Too Far on the night of his big concert in the gym. This might be a good place to skip a chapter, because Stegman and his boys (and one girl, who is kind of hot by the way, but don’t tell her I said that she’d probaly bite my nose off) break into Norris’s house and rape his pregnant wife DEATH WISH 1-2 style (thankfully not as graphic). Then the girl presents photographic evidence of the crime to him just as he’s about to begin conducting the symphony. And does the always useful penis-‘n-vagina-in-‘n-out hand gesture.

Now both the characters and the movie have gone too far. Of course, when that happens you have no choice but to go Roddy McDowall on that ass. He runs off, but one of his students takes over conducting. So the movie delivers both a symphony of music and a symphony of REVENGE.

Norris takes on Stegman’s gang in a fight that makes its way through the woodshop and the auto shop. So it is possible that arms will be sawed off, motherfuckers will be set on fire, cars will fall on top of people, etc. I won’t give away whether or not these things do happen but I think you will be pleased, unless you hate movies that are awesome.

During this section of the movie I thought wow, this is a way better movie than I realized earlier on. The craziness that it was building up to makes up for any lackluster stretches earlier on. And the end, where the violent revenge makes its way into the gym in the middle of the concert, is the kind of perfect climax you always want in these types of movies but usually don’t get.

Mark L. Lester
This entry was posted on Saturday, May 17th, 2008 at 10:25 am and is filed under Action, Reviews. You can follow any responses to this entry through the RSS 2.0 feed. You can leave a response, or trackback from your own site.